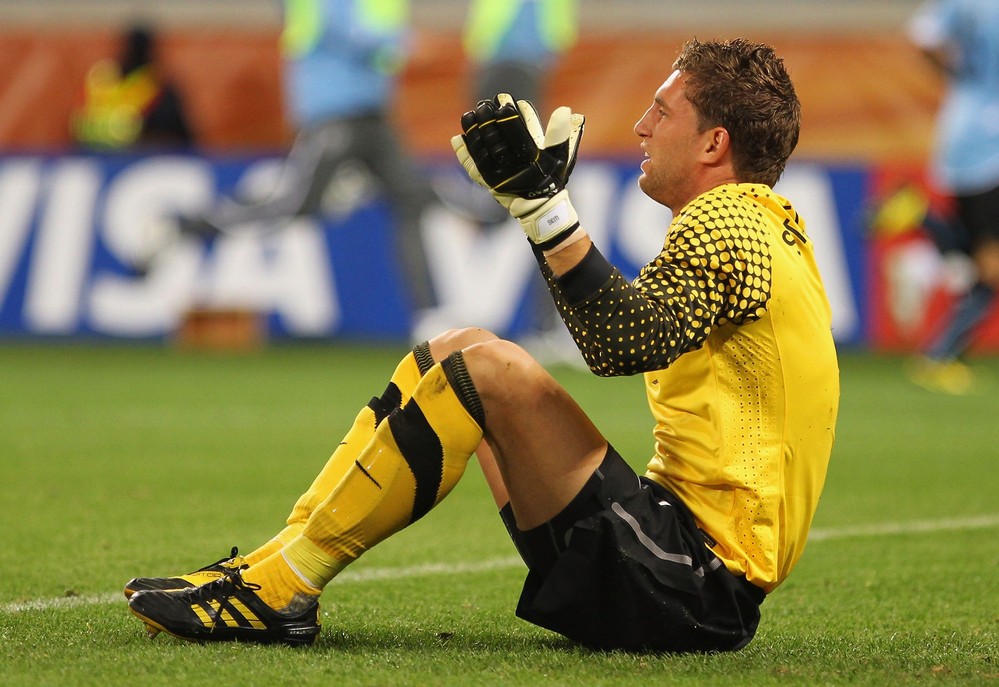 There's much to be said about Doni in several directions, but I think of him as I think of Mirko:

The highs are brilliant, the lows are devastating. Unfortunately, we can embrace Mirko because when he fails, there are nine other players able to pick up the slack and hope for a moment of genius while doing so, not to mention his failings typically come far away from the danger area.

The last line of defense is not the place for a spastic feline suffering occasional bouts of paralysis.

Ultimately, a good ride, some good times, but I think I can speak for all when saying:

My life expectancy just shot up.

Is the consensus that 2009-10 was lightning in a bottle? That seems so, given the way Vincenzo dropped him like a girl who put on a couple thinking their relationship was stable and the pursuits of others are public.

For me, Julio Sergio will always epitomize all that I love about Roma: not lightning in a bottle, but magic in a bottle.

Does this mean he just needs to be rubbed the right away?

I like him. Quite a bit. And I'd be nothing but happy to have him in Rome.

I, however, will likely never get it. Very good, not great.

Then again, 'very good' keepers do not grow on trees.

And he is a tree, which helps.

Said they don't want him; they still want him.

This is, more than anything, an insight into the way that a) Sabatini handles his business, and b) the interest remaining in Lamela from other teams.

So O.G. (that's all I've got at the moment, but Original Gangster seems nothing but spot on thus far) will do anything including lying, cheating and stealing to get his man, which is nice, and he's also likely concerned about others breaking the bank or driving the price up, which means EL's a hot commodity.

So that's nice. And I bet someone else's bottom dollar he lands in Rome.

Anybody else want to join the 'he's the next Thiago Neves' bandwagon?

Hop on - it's quite the beneficial vantage point at this point in time.

Watching the Copa America at the moment and Nicolas 'Sir Finesse' Burdisso just destroyed a Colombian player in the box as the last man, only to skate due to advantage being played for the sitter, inexplicably missed.

He's a liability, and the season's still two months away. That's like having Sinisa Mihajlovic as your manager.