No Totti, No Midfield...Still Party

Share All sharing options for: No Totti, No Midfield...Still Party 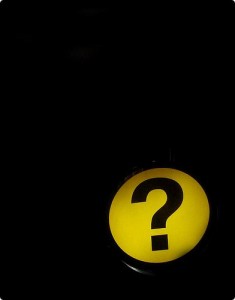 This is going to be a long year.

This is going to be a really long @#$%ing year.

Also worth noting Borriello's value took a significant hit in the process. So salt, wound, etc.

Reverse psychology did not work.

They're not going to score, obviously.

89' Who's first on the, "Well, Pep did lost his first game at Barca to Numanica..." bandwagon?

87' My stream is trying to shut down. I'm not fighting it.

85' Tis too early, but Enrique's already going to be questioned after today. Not that most haven't at least retained a certain hesitation to his appointment given that, ya know, he has zero top flight experience in any league and has been coaching children.

84' Slovan looking to make it two. Very nearly, and quite possibly should have. This is promising.

80' Obviously. Obviously Slovan 1-0. Optimal marking on the header - or rather none - and Poor Bastard made a mess of it too.

This team as constituted sucks.

79' Just to point out at least I am already in midseason form...

32' Subs, for those wondering as I am: Curci, Totti, Taddei, Perrotta, Borriello, Heinze, Rosi. I imagine only three of those have a prayer of coming on today: Taddei, Heinze and Rosi.

77' May I ask a question: Why was he on the bench in the first place? Did I miss an injury? Or was LE seriously that arrogant about a Bojan-Okaka-Caprari tridente?

73' I wonder if Borriello starts warming up whether Leonardo will run down from the stands and punch LE in the face before dashing into the tunnel with Marco over his shoulder.

69' A genuinely wonderful pass by Simplicio and a genuinely excellent angled run by Caprari. But...post.

The boy's Roman. What can you do?

Welcome back, Roma - we missed you.

67' I am shockingly unfrightened by substitutes coming off the bench for Slovan Bratislava. Watch one score.

Perrotta for Brighi. Save us, Simone.

60' Those portable benches on the sidelines would fit nicely in my living room. Also sends the right message to guests:

"Ninety minutes maximum, and then you have to leave - I might even send you away early."

57' Of note: I want absolutely nothing to do with P.D. Osvaldo. Nothing. I realize he's improved since his Serie A stints, but that's not quite enough for me, nor is it saying much of anything at all.

54' Still awaiting proper divine inspiration on a nickname for Maarten - something non-Coldplay related, anywho. What's coming to mind right now is Poor Bastard. We may not move from this.

52' Slovan miss a great chance on goal, which is deflected up and over by Cassetti. They are without question the better team right now, as Stek punches one four hundred yards away from goal.

51' Back in business with something moderately passable. Unfortunately, 'tisn't Roma.

This new stream is utterly useless but will get me to the end faster - I'm torn.

I just found a stream which is magically five minutes ahead of the other one, so I got to halftime quickly.

Best thing to happen all game.

39' Maarten Stekelenburg is going to face a lot of 1v1's against decent competition this year.

37' Maybe LE's melding the theories and philosophies of his predecessors. Perhaps he's borrowing Claudio's approach of taking the first half in siesta before pulling a goal out of one's ass late in the second half. This would sure make punctuality optional.

32' Subs, for those wondering as I am: Curci, Totti, Taddei, Perrotta, Borriello, Heinze, Rosi

I imagine only three of those have a prayer of coming on today: Taddei, Heinze and Rosi. Seems The Mister will be perfectly happy with taking a 0-0 pride thumping to Rome considering the circumstances. Or faces on the pitch.

Also worth noting Pep is of the school in which one runs his players ragged for 90 minutes and holds subs in the bag, a la Claudio. Quite possible LE is of the same school.

31' Though it's arguably worth just watching Viviani spray balls around the pitch for one and a half hours, I guess. Kid's got style.

29th minute and I'm looking at the subs. I do realize expectations for this lineup need be biblically low, but nonetheless...

25' I need a nap. Or Totti. Or...anyone off the bench. The inevitability of the competent possession followed by completely lacking final ball is lulling me to sleep.

21' Given the quality of the Roma team on show, where would Slovan finish in Serie A? I'm thinking somewhere in the general vicinity of Atalanta's point deduction.

(Which means their goal completely against the run of play is forthcoming.)

20' Wonderful ball across the box low by Cicinho to Caprari, who skirts it wide. Chance begging. Obviously.

14' The avenue to goal is to somehow get Adrian Pit somewhere in the vicinity of Okakachukamuthafucka and watch miracles unfold.

12' Having watched many of these same players for years - or some, anyway - I can tell you one thing: the avenue to goal is not to knock the ball around midfield and hope that Okakachukamuthafucka stays onside when the ball dinks over the top.

9' Viviani's looking excellent. It's against Slovan, mind, but he's not missing a step going in either direction.

7' Caprari lashes and it's pushed over the bar. I like him. He needs more neck tattoos though.

6' And smartly, Slovan start chopping at Brighi's ankles. I dare say whittling away the midfield - maybe lure Simplicio outside with a hamburger and Viviani with a Cabbage Patch doll too - might be very astute on their part.

5' There's lots of passing the ball around with little productivity in the realm where productive things happen. I'm having flashbacks.

3' Query: Does Viviani get another start for the remainder of the year? I say nay.

1' Which "team" are we giving this? The "C Team" seems a far stretch. Maybe the "D- Team" - like Sunday mornings at a gentleman's club.

Caprari-Cicinho overlaps on the right flank. Oh, be still me confused heart.

This team is on the pitch. I swear to Jebus it's a friendly by the starting eleven.

Out of the tunnel and through the woods to get to the pitch. Which is a long, long way away.

Stekelenburg's older than me, but I would like to adopt him, if possible. He's already my favorite player of this season, if out of pity for the undeniable barrage of shots he is to withstand this year before asking desperately to be sent to a more pleasurable destination, like Tom Tomsk or something.

Cicinho's arguably Roma's most dependable defender this evening. I just said that. And I meant it.

I wish I could take a time machine back to my 2007-08 self and declare that Roma's starting centerback pairing in the first match of the 2011-12 season would be Nicolas Burdisso and Marco Cassetti. I suspect the end result would be a lawyer dispersing my things to tearful loved ones.

Judging by the lineup, do you suppose Luis Enrique is under the impression he's actually coaching Roma B this season, and someone else will deal with that senior team nonsense?

The lineup is below. It's....intriguing.

Marco Cassetti is wearing the armband. I suppose this is indicative of the current state of personnel, as well as the fact it's always best for new ownership to start from the very bottom with minimal expectations.

I like Slovakia. So when a split happens in a group of friends, childish though it may be, someone needs to pick a side, for better or worse.

I chose Slovakia. The Czech Republic is dead to me.

That doesn't mean when it comes to a friendly game of footy I want to do anything more than bury them with reckless abandon. Which is exactly what Roma should do. Of course what Roma should do and what Roma actually does are two entirely different concepts.

As ever with Roma, tis a mystery.

The picture located to your right (my left) should sufficiently serve as a several thousands words, volumes and/or anthologies on the impending encounter that is, as ever, Roma v Roma.

You can change the owner/president (what's up), the coach, the players and the philosophical ideologies, but you can't remove what is undoubtedly steeped in the very fabric of the shroud which envelopes the identity of AS Roma:

Bottoms, needles and psychotropics up.

Borriello retaining his European eligibility despite no Totti. Conveniently.

Buh bye. (Unless there's an injury I'm not seeing.)