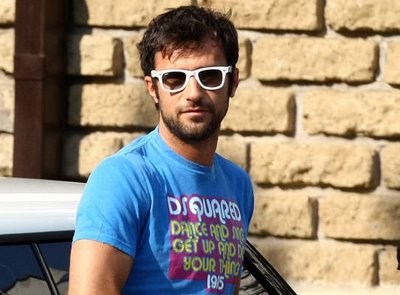 Thoughts on Mirko are brief, to the point and laden with emotion:

It's akin to the highs and lows of a tumultuous yet empassioned relationship: the highs make Everest seem but an anthill; the lows digging through one side of the Earth to the other. There is relief in no longer suffering through the torment, but agony in the loss of those immense highs.

Who, dare I say, will ever depant in front of Curva Sud again with game yet to play? Who?

At the end of the day, it's for some people while it isn't for others. Some appreciate the enigma, the flighty possibility of pure bliss and oft grasped reality of nirvana despite the maniacal madness, while others need steady, consistent, unrelenting.

I am one who will ride the rollercoaster til death do us part, therefore I will miss Mirko terribly and wish for his new whore to die a fetid death as he moves on so seamlessly, and just down the street.

But the good times were great, while the bad had us longing for the needle. Ah, ever bipolar, ever completely representative of La Magica.

There is an element of truth to the fact that with these losses - Mexes, Vucinic, Menez, etc - they are losing the very fabric of the shirt, that which had come to define a football club: It was the best of times, it was the worst of times...

Whether or not that's a good thing is up for debate. There is an element of the romantic which will be lost, but perhaps a more steady foundation to be built. Perhaps this is even the long-term best.

But it sure as shit won't be as fun.

I, for one, placate with Roma's new belle, one of the ball, currently tackling the midget world in Colombia with the Argentineans.

So what if Roma had the flashy young thing (Thang? I believe it to be firmly 'thang'.) waiting in the wings as the signs of imminent departure arose to the surface.