Share All sharing options for: Of Concern? Of Concern 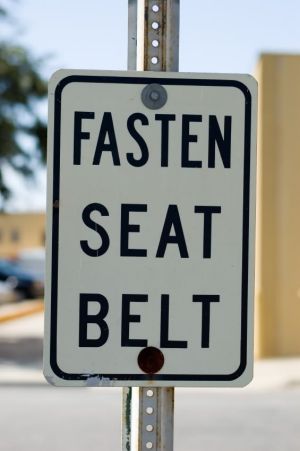 Thus the logical consideration is this year will take time and while patience is needed, that won't make it any less pretty. Thus they needed to hit the ground running. Or bicycling. Whichever. And they sort of just...hit the ground.

They have not replaced Mexes, who was gone in April? May? They now have Juan, who is a year older and showed alarming signs of decline last year, along with Nico Burdisso, who is a slight trigger away from jail time. Right now, Gabriel Heinze is the backup. Or Marco Cassetti. This makes me long for the days of Matteo Ferrari and his world class finishing skills at the Sant'Elia (that grudge will never die).

They have replaced one of their two most dynamic players in Bojan, so that's fine, but his Serie A experience is nil. How often have we noted how important that is considering its unique requirements? Looking good in friendlies is not the same as looking good in a cold and rainy December night in Sto...I mean Verona.

The less said about my feelings on P.D. Osvaldo, the better for my health. (They're signing him for €5-7m, not €15-17m, right? Right?) But actual replacements isn't such a concern as simply...having them.

Their biggest transfer was spending the summer and late summer immersed in another international competition. He's also a teenager with zero European experience. He's not going to waltz in and suddenly be the cat's pajamas, if he's wearing cat pajamas. High hopes, but on a reasonable timeframe.

Maarten Stekelenburg - who while my new favorite Roman - displayed just why he's not a truly great keeper in Slovakia. He's very good, but he ain't great, and he ain't a savior. That's not to say he wasn't a great purchase or likely the best option, but he can't be asked to keep this team afloat alone or perform the heroics of JSB back in the glory days of 2009-10. This goes back to that patchwork quilt of a defense in front of him.

Their most valuable asset considered, right now, expendable has lost at least a tremendous bit of value and now knows, firmly, the club doesn't want him, yet may be forced to keep him. Plus he and his 25,006 goals have shown to be less than thrilled when his services to football are not desired to the fullest. So that's excellent.

One week in which to purchase not only quantity, but quality and quantity and hope that it somehow forms the working mechanics of a team within a reasonable period of time.

It's not a team, it's a squad list, and an incomplete one at that. And now it's August 24th, and I'm wondering where the hell the starting eleven is coming from - aside those personally plucked from a local orphanage by Luis Enrique - because they sold off much of it and LE has the cockeyed notion that Gianluca Caprari and Stefano Okaka Chuka belong anywhere near it.

I'm more than willing to give the benefit of the doubt, understanding this was not an overnight transition, but that doesn't make this any less a completely disastrous start to this era, even with Slovan notwithstanding, as forming a crucial portion of the team in the last week of August, no matter the timing of ownership turnover (get creative, if that's an issue) is rather a terrible idea, particularly so when considering the transitional phase of Luis Enrique's mind workings.

There is no defense and apparently little midfield of which to speak, with an utterly baffling construct to the attack if last week was any indication. Or maybe it was just a message. That's fine, but some messages are expensive.

Bologna on Sunday. Perhaps they'll have some answers by then, but it doesn't mean the new faces will have had the months of July or even simply August to ask the questions they'll desperately be needing to ask.