Share All sharing options for: Workin' On Saba's Night Moves 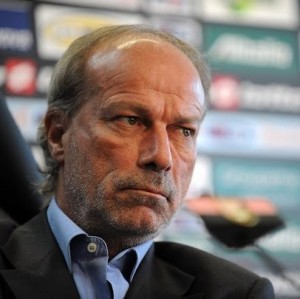 We are roughly 24 hours away from the close of the window and the Roma roster looks like a stone wall in Tripoli - holes everywhere. And with seemingly as many export rumors as import, particularly in the midfield, the area of seemingly greatest concern.

Cheery updates throughout the days, filled with lollipops and butterflies and unicorns. Oh my.

1920 I'm not displeased with the mercato, but what would you say if I told you in June that Mexes, Vucinic, Menez, Brighi, Riise, JSB and Doni would leave and the biggest economic move coming in was to be Pablo Daniel Osvaldo?

Simmer with that a second.

1710 This Brighi business is soul crushing.

Wait. That just makes no sense.

1700 So Lady Gago is officially in tax hell, thus playing for Roma. And so too, seeemingly, is Miralem Pjanic, which is just the most random but delightfully intriguing transfer in some time, it seems.

Also. Fabio Borini. Because he wasn't available on a free a few months or anything.

If you'd approached Saba & Co. with the likely final squad outcome in June, where do you think it would fall? Plan J? Gago, Pjanic and Borini were nowhere near the vicinity of rumors back then - seemingly the only three players on planet Europe not to be.

Is it me or was that list too hurriedly put together? Where the hell did those names come from?

2200 Kjaer is official, which checks a long-blond coifed, heavily tattooed, highly gifted central defender off the list of needs, while Lady Gago to Palermo because/in the area of reasoning that David Pizarro scoffed at a move to the isle.

Check the latter portion of that in July 2010. I don't even recognize this club anymore.

2030 Miralem Pjanic to Roma for €10m+ reportedly agreed upon with Lyon.

1830CET Lady Gago reportedly on loan with an option to buy for €6m. I don't think I could be more nonplussed.

Am I the only one concerned that the backup CBs will be one of Juan, Burdisso, Kjaer/Ogbonna/PanicPurchase and Marco Cassetti/Gabriel Heinze.

Though I suppose with no pesky midweek fixtures to tucker the fellas out, this is less of an issue. Hip hip.

And Borriello's refusal to go to Ligue Eh is torpedoing the Rat-tail move. After losing Mexes, I feel the hair dropoff supersedes footballing needs/desires.

Also, the Andrea Poli deal annoys me greatly. But then...he has an Italian passport by birthplace. So. You know. That's unacceptable.

This is what I have so far.