This Is What Happens When Bruno Conti Gets A Little Frisky

Share All sharing options for: This Is What Happens When Bruno Conti Gets A Little Frisky 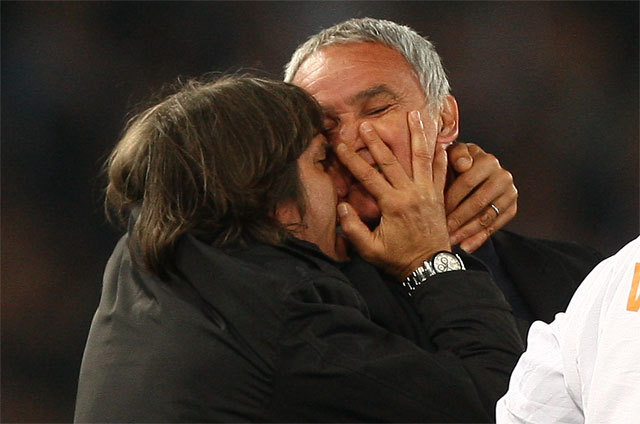 First off, let's not attempt to deflect blame from the true source:

Who's surprised? Anyone? Hands? Anyone?

I wasn't much on the Luis Enrique bandwagon to begin with - Roma's had enough issues with coaches and the mentality required in and around Trigoria than to thrust this much responsibility onto a newbie from the Spanish Segunda - and the first months have done nothing but...well, they've done nothing. That doesn't mean I don't register he might be a great coach one day and right for Roma and this requires supreme patience and butterflies and cupcakes and unicorns, oh my.

But again: The concern isn't the fans or an internet message board. The concern is in the locker room. It will always be in the locker room so long as they're playing and losing like this (maintaining possession does not mean outplaying the opposition in tactics-based calcio - they can bring Spain to Italy, but they can't make the rest of Italy Spain - particularly when teams are going to setup and prepare for the counter). Players don't like to lose, and while they're all preaching patience in the press, regurgitating words, they did not sign with Roma to be looking up at 12th with infinite amounts of patience at Christmas. Players are human and patience is finite.

This is almost an interesting psychological experiment: To what threshold can one take professional athletes before they break?

Because this is not going to be a quick fix. The second half looked better, but they have no direct runs breaking the defense until the completely exposed themselves to the counter in the latter stages, and conceded a goal at that (down a man, of course).

Next week, into the lion's den: Inter at the San Siro. Despite their foibles this weekend - the Renzo Barbera ain't Cagliari at home, nor will Sneijder be starting from the bench again - Roma's going to be heavy underdogs.

No, this will not be pretty. Not for a long time.

But mostly, if Bruno Conti's Bruno Conti had a modicum of self-control, our lives would all be that much better.