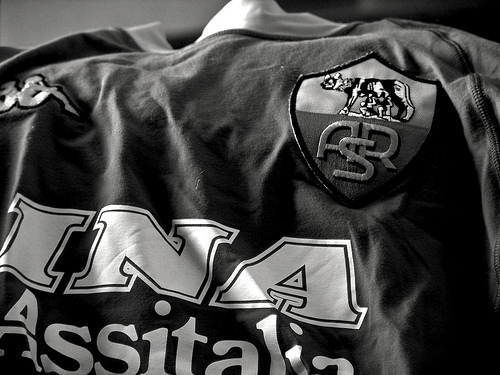 This seems an awfully deja vu experience - the preview, not capitulating to vastly inferior, if on paper, opposition - and I realized it is; the new overlords and overlordesses asked some of us to do a preview for their site some time back - more the casual audience than the calcio afficionados. Twas not pretty, as it was pre-AUGUST31ST2011. I don't know why I felt the need to do that but being overtaken by the spirit of Walter Sabatini. Nonetheless, I'll provide the other preview with RO-centric addendums after AUGUST31ST2011 .

Great expectations followed shortly by lots of fans looking at their watches, wondering just when the hell the season would be over, with a capitulation (or several) and a coaching change in the middle.

After Claudio Ranieri's wizardry in picking up the pieces when Luciano Spalletti resigned in 2009-10, bringing them to a scudetto fight on the final day, it seemed life would be grand with a full year under his stewardship and hopes were high. Unfortunately, the whole thing crumbled from the off, with the staunch defense and hardened mentality which had served as the backbone of its 09-10 success off on holiday in the Maldives, along with Mirko Vucinic's smile, which didn't help.

Claudio fell on his sword and playing legend, coaching novice Vincenzo Montella was brought in, which worked briefly, but was ultimately flawed, as the problem wasn't with the coach, who was also flawed, but rather in the locker room. As they were demolished by Shakhtar in the Champions League Round of 16 and barely scraping to a Europa League spot, it became clear heads were going to roll in the summer with a new ownership on the horizon.

In the summer, they rolled like Cicero on loop.

Addendum: They sort of rolled. Only seemingly OG got caught up in adding new heads and the clock ran out before his arm got too tired from signing checks to swing the axe a few more times.

What's intriguing is that 2011-12 began almost as 2010-11 did: miserably impotent performance at home against a weaker side leading to great concerns and pseudo-panic purchases at the deadline. Of course, this time their chances were snuffed out by Nananananananana and they made use of the word panic and the team wasn't irrevocably altered by the major deadline day purchase (Pjanic) like it was last year (Borriello).

Though like last year, this team may need to force feed Borriello like future foie gras if there is an inkling of hope of scoring a half-decent goal from play before November.

It's altogether possible the roster is so large because half the signings need to learn to count that high.

Outside of the box thinking.

Fuck if I know.

Addendum: There was no section for this previously. I just felt like adding it in.

The talented talent. Bojan's on some complicated purchase/loan deal from Barcelona, while Erik Lamela moves from River Plate and Jose Angel from Sporting Gijon, giving Roma three uniquely gifted youngsters. Maarten Stekelenburg isn't quite as young, but is the first sure thing in net from year-to-year outside of "I need an adult beverage." for quite some time. They also brought in Gabriel Heinze for his leadership and severe distaste of television cameras, with several empty seats for the purchases which are supposedly on the way as the window closes.

But the biggest signing was easily Walter Sabatini, supreme talent guru and soon-to-be recipient of lung cancer, who designated ex-Barca B head honcho Luis Enrique to lead the revolution from the seat of his bicycle.

Miralem Pjanic: It seems as though the back of the frying pan which briefly married his face as a child knocked his brain into an exceedingly well-developed reader of the passing game.

Maybe a little too much passing, though.

At only 20, only €10m, he has the potential to be the steal of a Roma mercato for a very long time; perhaps even the steal of this year's Italian mercato.

Why Lyon gave him up for so little so young is utterly baffling. But they're French, so who really cares? Lyon's loss is Roma's short and long term gain.

Simon Kjaer: Were he not on loan, he'd go atop the list, as let's be honest: Juan's about 130 minutes of top flight football from a nursing home and Nicolas Burdisso is eternally on the cusp of a 40 game suspension. Plus it helps to have one centerback who can really work the ball from the back when it melds with the style of play which may just call for a line 20 yards or so into the opposition's half. (Don't bore me with your rules and details.)

Oh, and he replaces Mexes for anyone with subpar vision. Which is obviously a key consideration.

Fabio Borini: Talented. A more "direct" player - eyes to the goal. Has an Italian passport. Young enough to be showing off his facial hair simply to show off the fact he can actually grow some.

Fernando Gago: Entirely indifferent, if only because he was an addition to an already jammed midfield. He'll provide a freedom-enabling option in midfield for a few people, and likely steal lots of time from Simone Perrotta, who hates this new formation already.

Pablo Daniel Osvaldo: I'd love to be proven wrong, but...

He's going to be a bust, if only relative to his pricetag. What an overpay.

Though so is Simone Loria (No One), so that's addition by subtraction.

Addendum: And after that August 31st splurge, it's....

There's roster filling and then team building. This summer was an example of the former. Luis Enrique has his work cut out for him in the locker room as much as on the pitch, which doesn't seem as though it was an equal concern with the Barca B Boys.

And Totti, too, as it seems he'll be paying for lots of dinners to keep everyone moderately happy.

A rollercoaster. New coach, new players, new ownership, new philosophy, new system, new direction - new everything. Simply lots of ups, downs and patches of both individual and team brilliance as they try to formulate a long-term project while remaining competitive in the short term. The scudetto is surely out of reach unless huge purchases come in the next week and a half and someone finds a way to stop time for all but Roma, allowing them a plethora of time to gel, but the goal will be to build a team capable of competing for years to come. A project. A project which they would seemingly like to look a lot like Barcelona. (Won't happen.)

Which means lots and lots of child laborers getting ample time, just like any good American-owned, foreign-based company.

Addendum: Not much, in other words. All the new names in the hat changed little in terms of this year's expectations.

Francesco Totti - Every year the fans fight it to some extent, and by about February, they cave: Totti is Roma and as Totti goes, Roma often follows. A year older, but that has yet to take away any of his impact on the team.

Maarten Stekelenburg - The giant Dutchman was brought in for some serious quality and solidity after years of rotating Brazilians between the sticks. Problem is, this team is still patching together a defense like some community quilting project and will run a system biblically susceptible to the counter. Undoubtedly, he'll earn his paycheck more than anyone on the team - let's just hope it doesn't all go to the psychologist we all suspect he'll need by midseason.

Daniele De Rossi - A rock in midfield, he's seemingly taken his extraordinary off-pitch life - like an actual Italian edition of The Soprano's which began when his then wife's father was, yes, whacked - onto the pitch, thus missing games not through injury, but idiotic suspensions a result of equally idiotic behaviors. It's hard enough to find world class players. Keeping the few Roma has on the pitch when possible is paramount. And if he does, there are few, if any, better in the world at what he does than Daniele.

Addendum: You just get the feeling the summer's most unwanted Roman, Marco Borriello, has a role in this list, don't you?


Erik Lamela wakes up in the morning and starts at a default level of technical ability that sees his feet caress a bowl of Fruit Loops from the counter to breakfast table without a single drop of milk hitting the floor. He has all the earmarks for "don't expect too much too soon" - coming from a bad team across the pond, still young enough to shop at Aeropostale, zero Serie A experience, a busy summer with the u20 team which included an injury, feel free to stop me whenever... - and yet, truly gifted players are special.

Addendum: This was before 8,000 more names were added to the squad list.

That doesn't change the fact that he's arguably the second most gifted technician on the whole team and only 19, while also remaining the second most expensive purchase of the summer.

They didn't buy him as a play toy - he's here to be built around. The only question is how soon.

(An added nod goes to the fullbacks - Jose Angel and Cicinho. And I'm pretty sure Cicinho can rebreakout, unless he rebreaks something.) 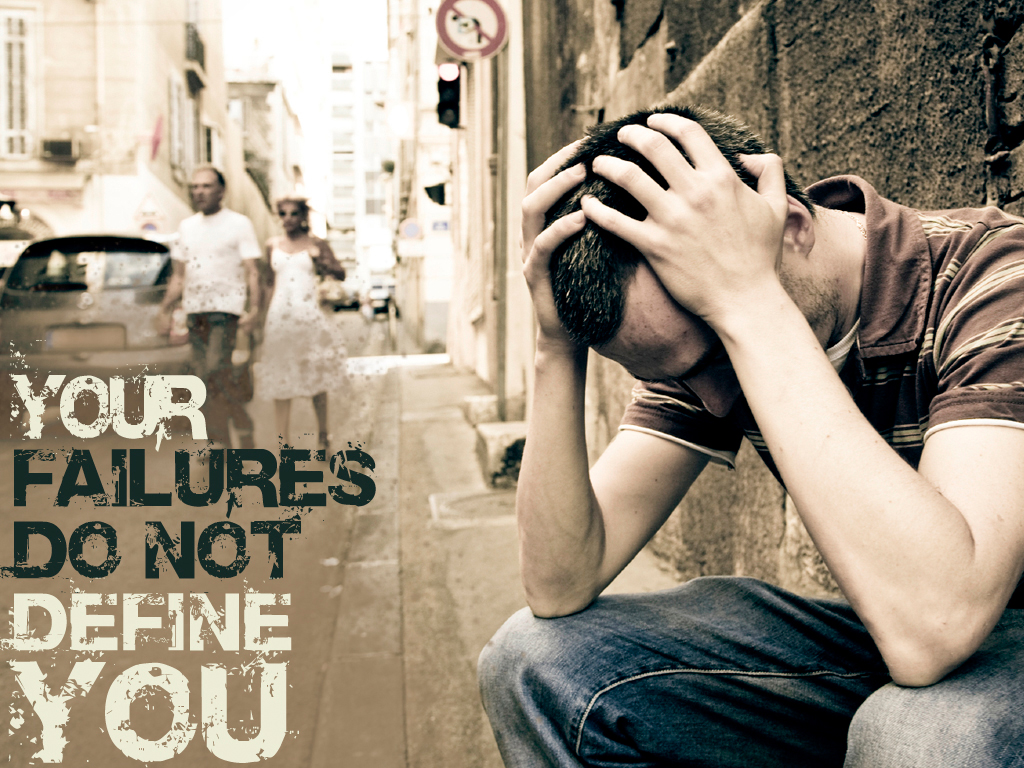 Shut up. Yes they do.

This was like cockily swaggering into class for the first test of the year, one which isn't simply intuitive, and netting a solif F minus minus while the kid who has to wear his bike helmet in class got a D+*.

They're waltzing into a transition period with transitional ideologies, huge squad turnover and zero sense of urgency. 6th again, with lots of protests outside of Trigoria, which is obviously a big stretch, but what the hell - I'm feeling frisky.

Addendum: Sixth is looking optimistic these days. The question isn't so much how good Roma can be, but how much better, and more cohesive as units, will everyone else be from the very start? It's one thing to be awesome in March; it's another entirely to start the race from a hole.

There are at least five teams which are likely to finish above Roma this year. No, I will not name them (which is a hint in itself), but one needn't be a @#$%ing genius to figure out which ones they are.

And yes, this could get really ugly before it gets better. That doesn't mean it's necessarily the wrong course, but simply that sometimes, one must walk through hell to get to heaven.

No, this will not be pretty - not for some time. Today, colorless; tomorrow, perhaps blindingly vibrant.