Diary Of A Mad Mercato

Share All sharing options for: Diary Of A Mad Mercato 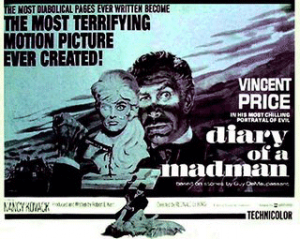 I rarely have enough coherent thoughts these days - I suppose most Romanisti can commiserate after The Great Mercato of 2011 - to put down in pen, or Sony Vaio keyboard, anything which resembles the prosiac equivalent of Alex P. Keaton imitating Jackson Pollock in the midst of a grand mal.

So thoughts. As they come. This might not be pretty.

But let's be honest: the last months weren't pretty, but the end seems pretty promising no?

I doubt as much can be said of said analysis.

Anything else and you're an idiot. I can't imagine there was any team who benefited even half as much by the strike as Roma.

I don't think that there are too many unthrilled or at the very least, not highly intrigued/hopeful, over the captures of Pjanic - nickname is causing me consternation, as I suppose he's one of the few who may not actually cause panic this year (Pancakes is coming to mind, since his face looks like it got the back end of a frying pan in the incubator) - and Lamela, who's seemingly forgotten because his Roman career wasn't born on August 31st.

What's interesting is the ideal mercato catch at the off was Pastore. Everyone knows that. Financially, it had to be Qatari or something Russian. But the combination of Pjanic and Lamela brings a similar blend: Lamela has enormous technique on a Pastore-type level, while the mental game isn't able to be commented upon yet; Pjanic, on the other hand, is very technical, but not on an [fill in the modern day internet acronym of your choice]-video game type level, and more a thinker on the pitch. Pastore is the higher end of both. Neither are likely to be Pastore, though Lamela seems to have the better chance.

But, the brain and technique in the midfield is, at the very least, in the hands of the law of percentages and high quality talent. This is nice.

A brief hiatus to weigh in on the LE/Totti/Baldini/Sabatini debacleate:

Roma got knocked out of the Europa League by Slovan Bratislava with its best player playing half the minutes, despite being fit.

As in 'This defense is so porous they'll be holding their peepers open while they watch goals go in.'

Perhaps the only sector of the squad where Europeans were appreciated over South Americans.

Maarten is certainly no savior, and he's certainly not a great keeper, as we saw during the Slovan debacle, but he is very good, oft reliable, and will do wonders for the Coldplay references around here. Good signing.

Curci...I don't know what to say. Hooray for his value to the Homegrown list in the Europa League?

Not quite sure it's a plus for now but it at least should be a plus for the future. Kjaer is a potential star who can build the attack and play the ball from the back, which is ideal from this perspective (if they want to play possession football like Barcelona, they need a Pique and he's it).

Angel looks quite talented. Of course, he's yet to have the good fortune of being tested in the Serie of A, which is always so easy for children. Obviously.

Heinze is a muppet. That's all.

But as far as the overall depth of the back goes via the mercato, it's...strange.

Right back has three, centerback has three and leftback has two. Or is Cassetti now the fourth CB? Or is it Heinze? Or does it really matter given they're in 1.5 competitions and Aleandro Rosi's agent will be flinging quotes about one of Roma's reserve sides, Siena or Lecce, by mid-October? Time will tell. There is depth and seemingly enough cover, but it's more a gumbo than a nicely segmented and organized dish.

(Bonus question: Given Juan's age and physical frailty and Nico's mental frailty, how often do we see a Kjaer-Cassetti duo this year?)

In: Lamela, Pjanic, Gago
Out: Brighi

Let's going to do something here:

It would take a fool to realize there isn't a great depth of quality in this bunch and the future looks very promising from the purchases alone. Lamela might push up, while Taddei could cover up top as well, depending on the formation.

However, this was not a well-thought out plan, because the locker room is going to look like Waterloo by October 1, when they've had four games and DDR, Perrotta, Pjanic and Gago are the only ones to have played more than ten minutes, or something.

There's a bit of something to be said in the simple fact that the psychology of the side plays as much a part in the outcome as the quality. There are 10 mids for 3 or 4 spots and they're not playing in Europe.

Selling is as much a part of the composition of the side as buying.

The names are nice, promising, etc. The end product is potentially a lot of locker room griping waiting to happen, especially if veterans are made way for youth.

This year will be the equivalent of a sociological experiment, I feel.