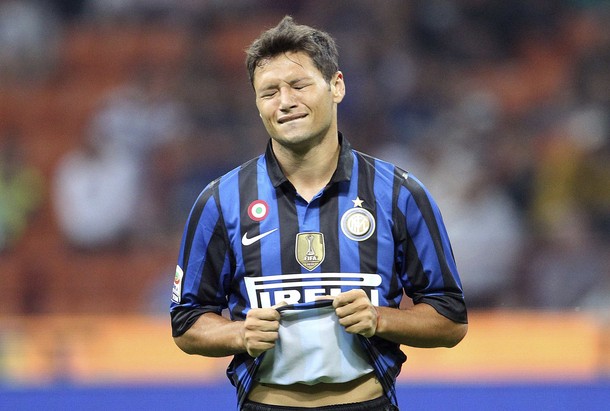 Isn't it funny how real life can often mimic fake life - currently deciding whether Roma is the real life and the day-to-day the fake life, or vice-versa - in times of, well, anything?

I was told something a couple months back by a wise person, who was once told a nugget of wisdom from yet another wise person. So there's lots of wisdom here - perk up, young'uns: "A wise person once told me 'Don't ever pray to God and ask for patience.' - I'm pretty sure this is what they were talking about."

I am not a patient person. In fact, I'm exceedingly impatient. Patience is not a virtue; it's not being smart enough to do something quickly and efficiently enough to nullify the need for patience. Just shut up and do it. (I'm a peach. Promise.)

Unless, of course, external circumstances prevent an immediate or acute solution to be applied for the long-term gain. Which is obviously a design flaw inherent in the Master Plan, but things do happen.

You know - like with Roma. Roma requires patience. Infinite amounts of it, as evidenced by Pablo Daniel Osvaldo getting even a whiff of the pitch. (Rodrigo Taddei was making more of an attacking contribution from the left.)

So fuck it. It's football. The Inter game was glorious, because they were better (obviously), but also, if they're going to try and fail, I'd rather it be with a 2-6-2 at the San Siro rather than getting ginsued at the back by Cagliari at the Olimpico.

Of course it helps that Inter failed too, as they were there for the taking if someone in a white shirt could just fucking run into the vicinity of the defense three.

Slightly problem in that a team even moderately decent would have utterly destroyed Roma on Saturday. I don't care how individually wonderful DDR/CB3 and Simon "Who's Philou?" Kjaer were at the back; they were equally there for the taking. Inter's that bad right now too. Simply two teams struggling to adapt not only to the tactics, but the productive use of said tactics.

And what happens in those circumstances? A nil-nil?

Two trainwrecks; but Roma seems to be building a better head of steam.

As with many years in the recent past, there was little to separate Roma and Inter in 90 minutes. Unfortunately, the bar was simply that much lower for both, but nothing's changed in relation to the two.

Patience can be summed up, as ever with Roma, in four simple letters: