Share All sharing options for: Hero. This @#$%& Needs A Hero. With Green Shoes. 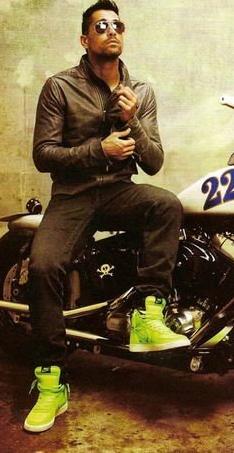 Roma was just comprehensively outplayed, outcoached and outeverything by Siena at home and deserved not to draw, but lose. One can lather this with all the claims for patience desired, but that doesn't change the here and now:

AS Roma is an absolutely terrible football team at the moment.

92' Sense of urgency pummeling the Siena box, with Borini coming good and putting some moves to create some chances as Siena sits back with numbers and rosaries. And designs on one more counter.

90' Roma swinging possession around the back. Fans are thrilled.

But they do win a free kick near the touchline.

89' And here comes the onslaught forward, one would hope. Which will make the back even more vulnerable. Which is obviously enchanting.

Siena equalized. Deservedly. Rebound put back after one went off the post. This Roma is fucking awful.

86' Siena breaks again and Gonzalez swings a shot just wide. This would be an absolute demolition by a good team.

85' Borini sends in a cross to no one. Seriously. A cross.

84' Burdisso launches a Siena counter and DDR stops it. Roma, constantly fighting itself.

Burdisso yellow, the first of the match, and Siena has a free kick in range. If this was in Tuscany.....

80' Gago really hasn't taken anything off the table, but he hasn't put anything on it, either.

76' Siena slicing through Roma. Again. Rossi puts a weak one into Lobont's hand.

74' The Mezzaroma clan looks like they're dressed for an evening with Tosca.

73' Cicinho is ready to come on as the third and final sub, presumably for Simone. (Confirmed.)

71' Roma really needs to bury this one shortly. Shaky times at both ends.

70' Let's be honest: Roma's being outplayed by Siena tonight.

Siena goal cleared off the line. That was an easily picked goal but for Kjaer standing on the line.

67' Free kick in a nice spot for Totti to hammer it into the wall.

It is for Borriello, and Osvaldo is running at half pace because his ankle is double the size. What the hell is going on here?

65' Borini on the sideline...watch it be for Borriello.

63' Angel hits a bomb with his right, saved. That was unexpected.

Borini to come on, one would assume for The Goal Scorer.

59' Calaio offside and Osvaldo's down, holding his ankle, looking genuinely hurt. Well no one wants that.

...whistling with hands in pocket and eyes darting upwards...

57' This formation is going to both suit and protect the development of Angels very well.

55' Kjaer was headbutted into thinking he's Maarten Stekelenburg, who's then shown on camera rubbing his head. Symbiosis?

54' Siena's attacking like The Mighty @#$%in' Magyars on the counter. Siena.

This might pose a problem this season...as Siena misses a sitter.

Kjaer may be having an aneurysm too.

52' Osvaldo rights the balance and gives up possession again.

51'Now a Roma counter, which involved Osvaldo doing something moderately productive....all by himself!

Kjaer's the luckiest man in the capital right now.

49' For any new parents in the house, Roma games on tape would serve as a more effective means of getting one's baby to sleep.

Though Siena's counters are a stiff jolt.

47' Calaio looking to break Pippo's career offside record in one night. Not without gratitude, either.

Gago on for Pizarro - Lady G had been warming since the 30th or so, thus one would imagine an injury is involved somehow. Which is perfect - can't be a real Roma game without an injury sub by or at the half.

I've spent much of halftime trying to decide if that was Roma's worst performance yet, because they had few genuine opportunities on goal, and Siena had quite a few as, ya know, that's how tactics work. I've decided yes, it was, because Cagliari is a much better team than Siena.

Which is funny, since they're winning. Finally.

Outside of Borriello's one-man individual show on the goal - tapped in by, yes, Osvaldo - it's been pretty dire in creating any chances whatsoever - Siena's had far more with a fraction of the possession.

But hey, individual quality is supposed to reign superior, right? A Mr. Ranieri taught us that.

42' Totti might be the best defender in the Roma box today.

37' Borriello back on the right and wins a free kick. He's playing like a maniac right now.

35' Perrotta's playing on the forward line in attack. He's the supposed rightback.

32' Roma builds up to the box and then...brings it back to swing it around the back of midfield some more.

30' As time and the gamedays go on, it seems more and more like The Borriello's a key cog in this team.

Serie A experience - it works.

(And yeah, he's the definitive article after that dime.)

29' And Calaio swings one just outside the post on the back end. How very 'Roma' would that have been?

Absurd technique from Borriello to control and swing a cross like a fucking missile across the six to PDO, who almost scored by accident standing in the goal frame for the sitter. The ball control was astonishing - Marco almost trapped it with his studs at waist height.

Osvaldo goal...but it was all Borriello.

23' It should be noted Osvaldo has done absolutely nothing of note.

21' It's a good thing Siena is Siena and not a good team playing like Siena, because if the latter were the case, Roma would be down 2-0 or so. The good guys are getting carved on the counter like a Christmas ham.

20' Siena breaks like chariots and Totti is back in the box doing defensive work. What the hell just happened?

15' I was just about to say Brienza has long been one of my favorite "skilled player for poor teams" in calcio and he puts a great header unmarked on goal which is saved by Lobont. Roma's had possession, but Siena's doing a lot more with the little they're having. Per usual.

13' Totti steals the ball from Osvaldo before Siena can. I like this new tactic.

12' Pjanic has the balance of a cut birch sapling, and he's not a diver - just that weak.

11' Guesses on which minute Jose Angel will have his massive cockup? 56, for my money.

9' Minute nine and most of the game can be described as 'Roma swinging it around the back'. It's a nice technical aesthetic, but...entertaining? Not really.

6' What kind of evidence against Enrique did Osvaldo come upon while on the other side of Barcelona? It much be significant.

Okay, now Borriello is on the left. I'm lost.

Borriello is on the right, for the record. (Cut in and shoot with his left, etc.)

3' Two woeful corners in a row before Kjaer delights us with moment 3,419 of "Why is he only on loan again?"

1' My clock says we're on minute 1248. That's the most exciting thing to happen thus far, as once Roma got possession, thhey just began knocking it around.

Maaaarten's in the stands, conversing in Spanish with Erik Lamela, a language he didn't know until a spontaneous word vomit on Tuesday.

As a mature, grown adult, it really is stupid how excited I can get about Roma gameday, even when they're fluffin' awful.

My feeling, however, is that Siena is going to pack 32.5 players in the box anyway, thus clusterfucking is inevitable (it's like calcio's edition of the Playboy grotto), so having not only one, but two, players who can get on the end of a ball in the air or run off the ball is beneficial to that whole thing at which Roma is failing so miserably: scoring goals.

Roma revolution -> evolution -> devolution. Instead of one striker who doesn't belong playing on the wing, they now have two.

I was planning to do some sort of liveblog, but now I feel a silent protest is in order:

Scrappy Don't's in the lineup.