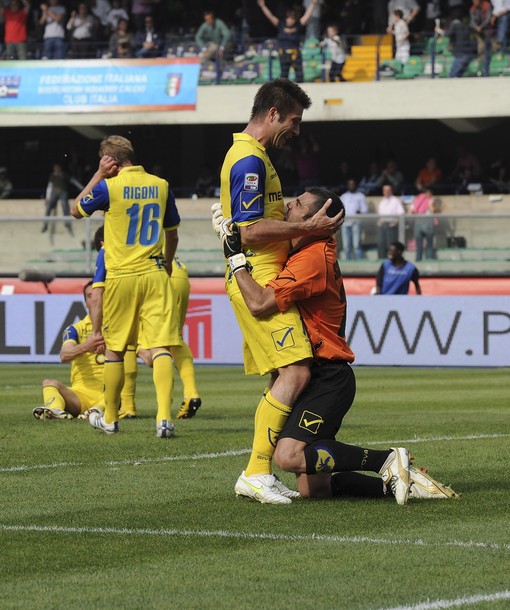 Ridding ourselves of the obvious:

Stefano Sorrentino is going to show up. He's going to bring his Jesus juice. And he's going to come with roughly 41 miracles tucked away neatly as Roma's handicap. Which means Roma needs to play well enough to score somewhere between 42 and 45 goals on a normal day to win.

And then he might have other uses for that Jesus juice. No one really knows. Because no one really wants to know.

Twas only two years ago that Roma opened up the first weekend of January against Chievo after the big move of early window involved a loan and a sizable targetman. It was also the first match of the new year because That Cagliari Match never happened.

I do of course realize that it'd be kind if I were to specify just which Cagliari match never happened, as there are a number of recent which would seem to fall under the same umbrella, but it's irrelevant, as it never happened.

The first thought which came to mind was just that match, as the genetleman whose decision-making could finally find explanation as being due to rampant drug use in the back was sent off, requiring the time-wasting yeoman's work of the giant hero way up in the front. Two year's later we find a similar situation, but now the...well, The Dude...is up front - or should be, anyway - and the giant hero is in the back.

It's all interconnected, man.

Do you know? Do you ever know? I never know. They'll see a good bit of the ball, we do know that. From there...it's anyone's guess what they do with it. Bologna was splendiferous and pink fluffy unicorns and all, but that was two weeks ago. Predicting which Roma will show is like asking an epileptic silverback gorilla to roll the dice while flashing a strobe light in its face. Don't even bother asking what's rolled - just worry about finding the fucking dice.

This could be what the Mayans were moaning about.