The divorce with Kappa was acrimonious to say the least, so the January window's most important acquisition might be the kit manufacturer for 2013-14 and beyond. Sadly, rumors of Serse Cosmi designing the new strip are unfounded and fabricated entirely by yours truly.

Share All sharing options for: Winter Wishlist: Don't Talk To Me 'Bout Style

There are a number of starkly important matters when one - or many, in the case of Roma - sets about turning over a football club. Directors of sport and Dudes Who Quote Literary Classics are eminently important, and have been solved with the additions of Sirs Sabatini & Baldini. Eenie meenie. A new mister is up there as well; one who can offer and nurture the philosophy desired by the new ownership. Roma is currently on try number two - indeed, first is the worst, second is the best it seems. We can only hope Zeman's successor is a male, or else there's gonna be an inquisition. Players needing to be turned over, done so through the lens of the coach, is an obvious necessity as well. However, nothing will touch the lives of the fans more than their choice for the next kit manufacturer.

You know - because everyone's more likely to run their fingers through a Totti 10 on the rack than through Francesco's closely cropped mane whilst feeding him grapes on a down comforter made of unicorn fur and clouds.

As I'm probably CdT's unofficial style consultant, it is my job to bemoan the loss of Kappa, bemoan the state of kits in football in general, and offer up my thoughts. Getting rid of Kappa was stupid from an aesthetic perspective, as these have been the best kits in years - the black third is phenomenal - but everyone who's anyone who knows a guy at the thing at the place knows it was a business decision. And football in general has advanced to a state of regression, garnering more money to make less aesthetic kits for the sake of...I don't know. It's just worse. There's nothing to back that up, but football is just...worse. As for me, I have three simple general rules: go Italian for formal, go Belgian for casual, go birthday for real casual. Sadly, all three cost the same exorbitant amount of money, as legal fees can get quite expensive when your definition of 'real casual' is 'Tuesday.' With equal amounts of sorrow, Roma's unlikely to follow this route. My dreams of seeing Roma outfitted by alternating on/off-pitch lines of Dolce&Gabbana suit kits and Walter Van Beirendonck uniformal wear are fraught with nothing but inevitable disappointment and crinkled piles of sketch paper near the trash.

Roma's rule? "Fire" the kit manufacturer after they've turned out the best line in years and then bring in Philipp Plein to make Ed Hardy and Hello Kitty seem more preferable alternatives for team styling. In short, there exists no faith in their ability to make a decent choice. Alas, they must, because neither Blogistuta nor I have yet to receive a phone call.

So this brings to light a very important consideration: the potential suiters. Or suitors. Or whatever. Kit manufacturer. We know that Kappa's out, while we also can guess educatedly (yup) that brand exposure and expansion will be at the top of the list for the foreseeable future. In short: they want to be seen, and they don't care how they look. In some respects, this is akin to a high profile relationship for a burgeoning actress with the pretty face and marginal talent. Hopping into bed with an A-list celebrity is the easiest way for a C-list talent to get to the top in a jiffy, and Roma is looking for that quick ride. So to make it all work, they'll want to slither between the sheets with the big boys: Nike (George), Adidas (Brad) and of course, the most beautiful of them all - Puma (Steve Buscemi). Fashion second, fashionable friends first.

This is, without a shadow of a doubt, the brand that will get my wager, and for one simple reason: James Pallotta. His relationship with Adidas through the Boston Celtics is a rather easy cherry-pick, if you will, as Adidas is one of the two brands which seem to have the most exposure. A number of mockups have arisen, this with Volkswagen as the sponsor, and they look like Luis Enrique, Bojan and Jose Angel will be making a triumphant return. So it's cheap for Adidas too: tweak some La Furia Roja irregulars in the warehouse and boom, you're done.

Adidas designs are rather simple: often solid, traditional designs for the standard kits, minimal accents, three strip branding down the arm, and then a little more fanciful as they go down the line to the 3rd kit. See: Chelsea's first and Chelsea's third, along with Bayern's home and CL strips. They're simple. It's hard to mess up simple. 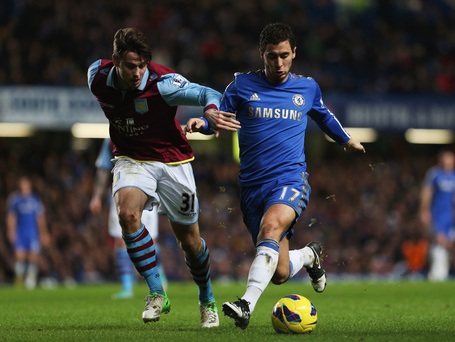 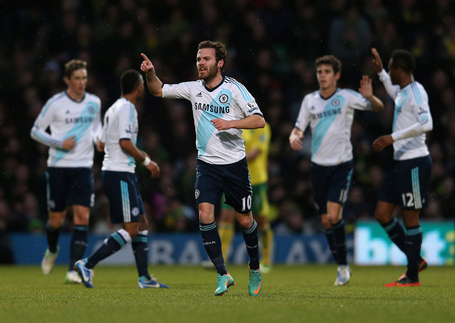 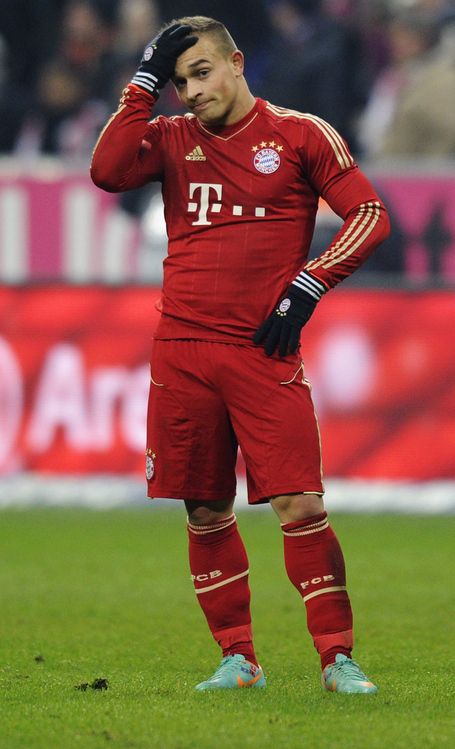 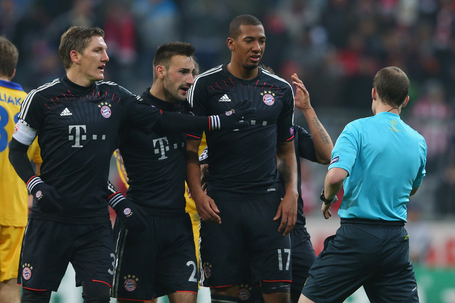 Nike
The other of the top two dogs of assumption at current. Huge name, American company, free exposure - though rumblings do persist of their love for getting involved deeper than shirt-level.
Nike tends to advance a little beyond the safe spot Adidas often calls home, which means their kits can be both phenomenal and hideous abominations. Arsenal's home kit this year is a good example of the former, while Barcelona's phantasmagorical away kit is evidence of the latter. And someone with failing vision in the design department. (Actually, Arsenal's purple and black third looks wonderful on the rack...yet translates poorly on the player. Important part, that one.)
The following is a screencap of some of Nike's kits from the official website. The Manchester United kit has a nice pattern to it, but what sticks out most is the importance of the sponsor. It is incredibly difficult to screw up black and white stripes. The big Jeep box somehow manages such an illustrious achievement. Might be VW, might not - something of no small note.

Link.
Also worth noting a couple of uniform concepts: the dark collar on all the strips (Barcelona's is the lighter red versus blue, for the record), along with the propensity for thick stripes. (In terms of kit history, crest and color, Roma's probably closest to Manchester United , if we're looking to find a close comparison.)
Warrior
This is the Philipp Plein of kit manufacturers, thus I weep to a slow, slow ballad.
They made their first foray into the football realm with Liverpool this year, and with Roma linked to Liverpool through Thomas Di Benedetto, it's a necessary consideration. Thus far, they've outfitted one team, with three on the way (Sevilla the only other of any stature), so there is one sole kit to view...and it's just awful.
However, and this part's important: they paid Liverpool a lot of money. A lot. Like English club record money. Which is fine for a club which already holds substantial stake in the international marketing game, and whose fallen star is a result their football can change. If they're good, they'll be loved once again. Roma doesn't have that cache yet, and where they're trying to build a global monstrosity, they might be apt to shirk the highest offer in lieu of maximum exposure. Just a hunch.
Frankly, it looks like the training strip after the kit manager forgot the real ones at home. (You know, because they still bring the laundry home.) Worse in that the designs are fairly simple, if 1992 simple, and it's largely the color pairings which ruin the aesthetic. Awful gray and black, along with ketchup and mustard. 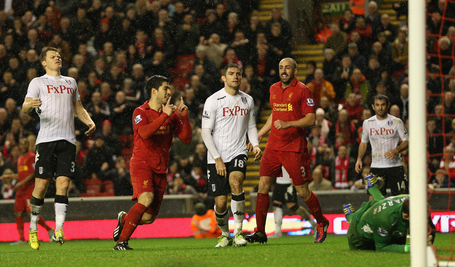 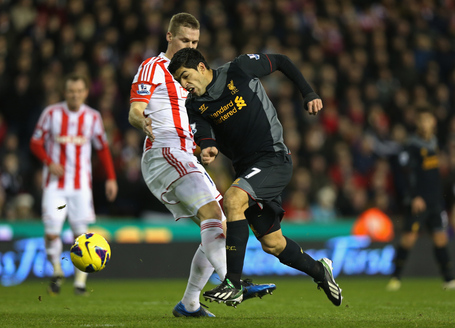 The Bubble
Puma: They're big enough that one would expect to see them mentioned, but nothing has crossed these eyes. Perhaps their focus on national teams is continuing. Alas, they do make the most "fun" kits in the sport. Who the hell uses a duct tape font, after all?
Sleeper? Probably not, but it's a large enough brand in the sport that it deserves a mention.
Lotto: I really haven't the slightest why this possibility is being broached (if true). One would think there's no chance they'll go with an Italian company whose pull is sport-exclusive. Who the hell knows what Lotto is outside of those that play the game? And they'll certainly not be the high bidder.
Under Armour: This is an intriguing selection, and perhaps the darkhorse. Both brands (UA and Roma) will be looking to expand their global reach, with the former trying to get another foot in football's door, having already snapped up Tottenham, while Under Armour already has a substantial presence in America, a market Roma is attempting to conquer. This might not be the most glamorous choice, but it could result in an excellent little quid pro quo.
Under Armour has done Maccabi Tel Aviv as well as Aris FC, but the Spurs are their marquee at the moment. The kit leaves a lot to be desired, owning a more "technical look" (check the geometric pattern underneath the arms, as well as the reflective shoulder line) which fits with the overall company image. These won't sell for the visual appeal, that's for sure - they genuinely look like training pieces, though not poor ones, if Spurs' color combination aids that greatly - hard to screw up blue and white. Just...not Sunday material. 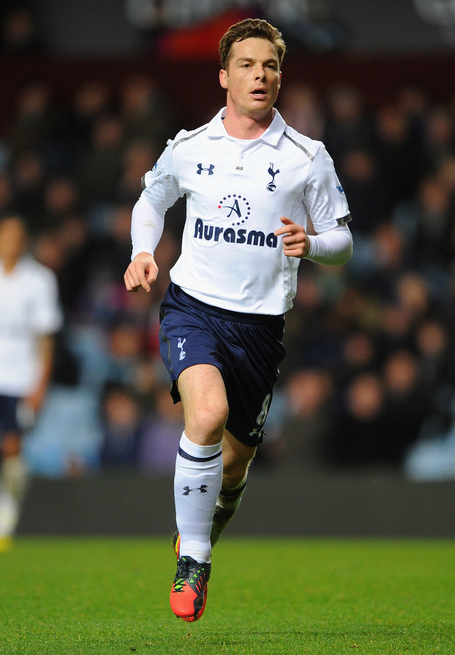 Of course slapping a pattern on the back leads to some intriguing possibilities. How about the Colosseum? Or the she-wolf? Or Bogdan Lobont? 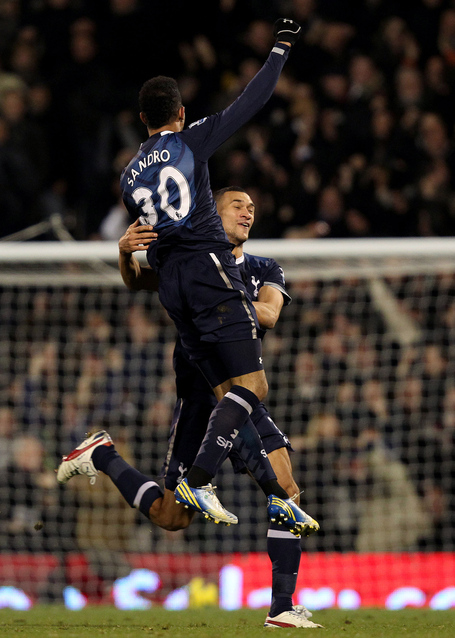 Kappa: Ha!
Though it certainly doesn't help my favorite kit of all-time was also done by Kappa. Click on this and weep for several reasons.
Umbro: This one was mentioned by LaRoma24, and it seems a curious marriage. Again, it's a football-specific company which is unlikely to do much in the way of putting shirts on shelves across the globe, while also not offering up max money in return. This seems like someone threw it at the bubble and it bounced off.
Philipp Plein: Please. Stop.
Reebok: Again, unlikely, but it is a football-related brand.
Frankly, I imagine it's going to come down to Adidas and Nike, and I'd lean heavily toward the former. The cards all fall into the right places, with a few settled in already. The darkhorse, however, is Under Armour, a brand which isn't so unlike Roma: young, full of potential and looking to expand their pull. More of a marriage than a partnership, in some respects. (Oh, and if I'm correct, Under Armour is based in Florida, where Roma's currently mucking about.)
I, however, would like to cast my own vote for Maison Martin Margiela. A nice deconstructivist style - seams on the outside, DDR's one long sleeve already built into the shirt, crest folding over top-to-bottom, etc. - and one which would be critically acclaimed the world of fashion over. But why, oh why, has no one thought to use the famous Margiela label on the back of shirts for the numbers; oversize it, the circle the player's appropriate identity.
It doesn't hurt that 10 is already their male artisanal line. Take Paris, Milan, New York, Tokyo...and then the world.
Though I still don't know why no one's tasked Kiton with making a football strip.
"Yo, put that Kiton kit on."