Under A Snowy White Top

Share All sharing options for: Under A Snowy White Top 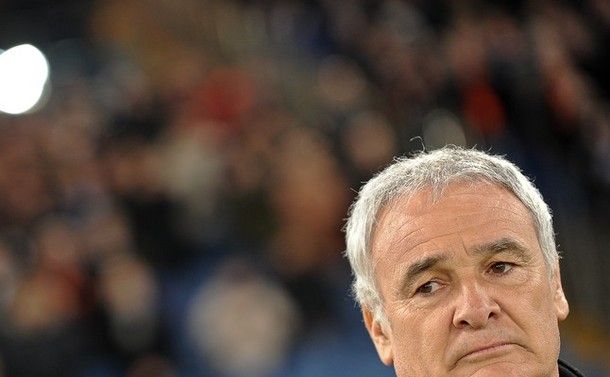 They couldn't be any more different, and yet spotlights will be hung from the Olimpico roof shining unproductively onto the sidelines below. On one side the hot young coach with a glittering player CV red-carpeted by football's premier club into the trade, wielding the faddish system like a good son; the other the well-traveled and weathered old veteran of humble beginnings on both sides of the line, with a system for which few neutrals would ever pay a dime. One modernly Spanish, the other classically Italian.

Frankly, I dislike Enrique's system on a completely subjective basis. Threading the ball around the patchwork defensive back four waiting for something to develop amidst the sea of shirts still trying to form a cohesive chemistry ahead just doesn't get my motor revving. It's akin to watching an art teacher at the local university attempt to recreate a Picasso with a inferior materials - he doesn't have the right tools and the end product may allow for the general idea, but it's just not the same. Few, if any, will bow in reverence at its sight. A burst of expression here, a moment of promise there, but the overwhelming feel is the natural flow has been discarded and overlooked for a kitschy replica. At current, Roma just doesn't have the players. That doesn't mean it won't work on a consistent basis eventually, but it's less aesthetic to my eye than, say, Spalletti's movement-first system (even highlights of Perrotta circa '07 still fill orphanages) or a well-executed defensive structure. The beauty of football, for me, is in the quality of execution of the system, not in the system itself.

Nevertheless, there stands across the half no man in Serie A better suited to counteract Enrique's system - a gift bestowed upon birth. Perhaps a team or two better, but no man. The Roman system has proven to be easily counteracted when done correctly, simply, and humbly. Thus this becomes a matchup of men and systems and snow and possibly lots of people grumbling about how they never ever should've played this game - and by the third minute at that.

None of it may come to matter. The game may never go off, or the game may be defined by the weather, the pitch, or Luis Enrique slyly attempting to use a snowman as a 12th man to allow Aleandro Rosi to push up just a bit higher. The afternoon will tell.

A perfect battle of systems, of the elements, of men.

This all would make a rather decent Hollywood trailer. Vintage Roma v Inter.

Frighteningly, that might be Roma's best possible lineup...that Luis is willing to run out in his system, anyway. (Nico notwithstanding.)