Preview: The Midfield
Doesn't exist. Everyone's in the attack.
Fin.
Well, this is how it began, and this is how it ended. Briefly.
I don't quite know how I was saddled with the midfield, really. Likely because everyone else knew they risked 10,000 words on either end of the hair-bun sandwich were I not placed right in the middle, relegated to Michael Bradley's sleek minimalism, Daniele De Rossi's facial shrubbery which has been oh-so-done, and Jonathan Lucca trialing for X-factor. It's all a non-story, really. 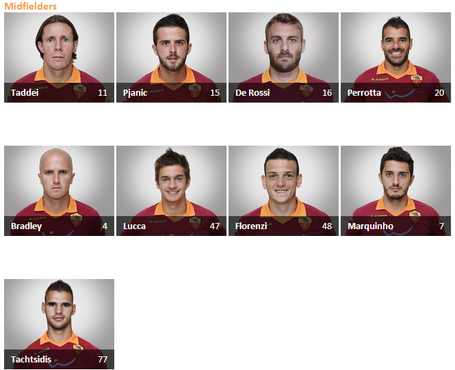