No Totti Tuesday? Not quite true my dear fellows. This edition does involve a certain player called Francesco. Ow yea, and his last name is TOTTI. This is the third in line of our world famous *cough* Season Previews and, as suspected, it’s time to have a look at the attacking department. Zeman’s pièce de résistance. Defense? Overrated. Midfield? Merely an extension piece of the real deal, the attack. Because a team without decent attackers is like drinking three gallons of tabasco ad fundum or blowing up the Playboy Mansion in front of hundred horny teenagers: utterly stupid and you probably won’t survive it.

‘The best defense is offense.’ I love that adage. Why? Because it’s damn true that’s why. When you attack, you have the ball (copy paste from football for dummies). So the opponent cannot score right? Simple yet effective. Although both a 4-3-3, there’s a huge difference between Zemanlandia and LE’s hide and seek let’s-try-to-pass-our-opponent-asleep kinda tactic. The latter being 1) not simple to master and 2) definitely not effective in Serie A as Roma 2011-2012 showed us.

But fans rejoice! The new season is almost here and while we may not see goats released in the Stadio Olimpico after a 4-0 derby win or Antonio Conte at the sidelines, one thing is a certainty: goals. And lots of them. So without further ado (no, not this one), I present you Roma’s six ridiculously good looking, well at least five of them if you know what I mean, men/boys/children to lead our attack. Enjoy the ride!

Ps: when making this post, no Okaka’s were hurt or killed. 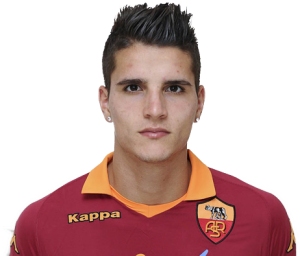 Facts: Twenty years, loves to spit at things, nicknamed ‘the apple’, secret lovechild of Sabatini.
First season at Roma: 29 games, four goals.
Preseason goals: three
Starter? Yes, on the wide position. Zeman may even opt to play him in midfield from time to time. But we all knows Lamela’s at his best in an attacking position to exploit his speed and technique.
JonAS’ prediction: 30+ games, about ten goals seems fine for his position. Some flashes of brilliance ala Vuci are welcome too. I’d opt to rest him at Coppa games though. Lopez ,Bojan or Marquinho deserve a shot too. 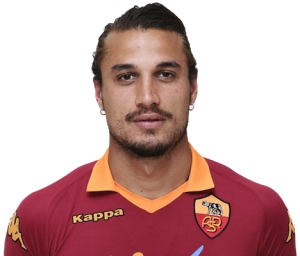 Facts: 26 years, thinks growing hair is like watching porn DVDs ( the more you have, the better), loves to fire at the crowd with an imaginary machine gun, had sexy time with Vanessa Paradis who mistook him for Johnny Depp.
First season at Roma: 26 games, eleven goals.
Preseason goals: eight.
Starter? As things stand now, yes. Part of it because of his price tag yes but he has shown last season that he deserves a starting spot. In terms of physical, he’s our be(a)st. I’ll be disappointed if he doesn’t break his personal record of thirteen goals from his Espanyol days.
JonAS’ prediction: Around thirty games and a minimum fifteen goals bearing no major injuries. He’s Zeman no 1 choice so he’d better not betray Il Boemo’s faith. Mattia Destro’s closely monitoring this situation. 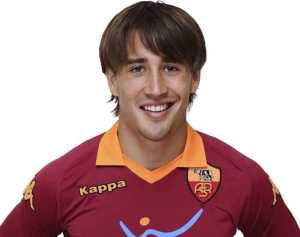 Facts: 21 years, nicknamed ‘Mr Bojangles’, has the most female Giallorossi fans apart from Totti, loves to disguise himself as a fan at Justin Bieber concerts.
First season at Roma: 33 games, seven goals.
Preseason goals: three.
Starter? Sadly, no. I like the kid but not so much that I hope for a Lamela or Destro injury. And his best games in giallorosso were as a sub. It seems Zeman will keep it that way. But I won’t mind him starting against the likes of Bologna, Pescara or Siena at all.
JonAS’ prediction: In the region of 25 games, obviously mostly as a sub, and around eight goals. Bojan played a lot under LE but we all know why (cough Barcelona cough). Under Zeman he’s gonna have a more difficult time but as I said, I’m fine with Bojan as supersub. If Bojan himself is happy about that, we’ll see in January… 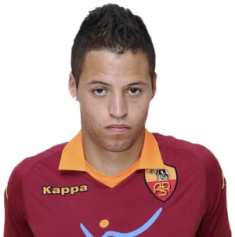 Facts: eighteen years old, nicknamed Bugs Bunny (Why? Take one Goddamn guess), living proof that Uruguay and Trigoria don’t house dentists, was a hit with the Primavera between January and May.
Preseason goals: three.
Starter? No. Lopez is by far the Joker of the pack. The unknown. The kid in school you have never met nor spoken with but who seems cool enough to hang out with. He’s young and has a big future ahead of him. No need to rush things. I’m glad he wasn’t loaned so he can keep on training with the big guys. He’ll get his chance sooner or later, maybe even a starting spot here and there. Age doesn’t concern Zeman unlike a Ranieri. Keep on eye out for Nico, the boy’s a bit special.
JonAS’ prediction: Around ten games seems fine, mostly as a sub. Still good for three goals and Bugs Bunny banners around Trigoria. 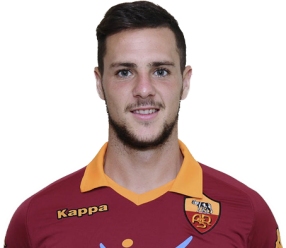 Facts: 21 years, has a sister called Sinistra, Inter Primavera product, not been nicknamed yet (please throw in some suggestions at the comment section), Genoa and Siena treated him like a whore.
Last season: Siena, 30 games, twelve goals.
Preseason goals: six (while missing half of our preseason)
Starter? It’s gonna be between him and Osvaldo for the prima punta spot. Heartbreaking decision but Osvaldo might have a slight advantage. Ozzy knows the team better than Destro who has only been with us for one month. Osvaldo had a great preseaon but don’t be mistaken: one or two howlers in a game and Zeman will sent him to the bench, no excuses. Gone are the days where Vuci was a certainty even though he was missing clear cut chances right and left.
JonAS’ prediction: Due to hard competition and Osvaldo’s form, he’ll start as second choice. But what comes next is a mystery. I see him getting close to ten goals though, fifteen or even twenty if he gets carte blanche from Zdenek. 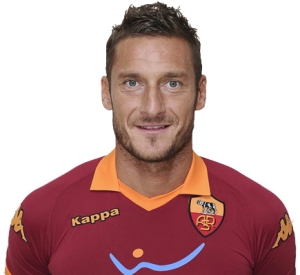 Facts: 35 years, Il Capitano, holier than the Pope, Lourdes and Jezus put together, entering his twentieth Serie A campagin, was my second puppy love after Penny from The Big Bang Theory.
Last season: 27 games, eight goals.
Preseason goals: two.
Starter? What more can be said about the man? 501 games with Roma. 215 goals. A legend, nothing less. He starts every game when he’s fit and still has both legs, period. He’s in great physical shape while he has good chemistry with Balzareti on the left. With all due respect to his other colleagues, if there’s one man to lead us back to the Champions League it’s him.
JonAS’ prediction: About thirty games if he stays fit, fifteen goals and as much assists. Bam! Earning him a transfer to Man City in July 2013 for five million and co-ownership of Nigel De Jong…. Just kidding.

By the time my next Totti Tuesday goes online, Serie A will have finally started. Exciting times ahead of us people. Don’t forget to bring along your calculators on Sunday, Zemanlandia might start with a big bang (mmmm Penny). Ciao!