Zdenek Zeman is not a genius. A lot of his followers make him out to be that but I do not agree ‘cause when you call him a "genius" you automatically imply that there is a depth of rational thought and consideration, but that never is the case with him. He is an "artisita" who is blessed with an extraordinary gift for violent performance.

A true gladiator. He lives for the day, while retaining a sense of history.

Il Boemo is easily the most confounding manager of his generation. Without an iota of doubt I say that he is a manager of uncommon ability. Everyone knows that his teams give the appearance of fallibility and that is because he makes them play only in one way, he makes sure that they attack with the ferocity of a bull baited by a red rag. Every team he has managed looks distinctly insecure on counter attacks but when his team has the ball and move forward they defy conventional logic.

Il Boemo for me is an original with a football science of his very own. He forces one to look outside accepted wisdom and more often than not he succeeds. What he gives is pure joy, nothing more nothing less and let’s be honest, football is supposed to do exactly that. He makes you do it in the purest form, he makes you romanticize football.

He has a very simple logic to all his madness, which is to score goals and as often and as fiercely as possible. His football is based on principles that challenge perceptions. The football world has not yet known what to make of him, So outrageous is his approach to football that he is almost a profanity to the concept of defending in Calcio.

"Whenever we attack, all three forwards have to be in the penalty area while two of the three midfielders come forward as well. That way the opponent is pinned back. Then you put the ball in the box, and because you have more men, you have more chances of scoring. It’s not rocket science. It’s simple math."

Artists for most part are loved, but in sport, especially team sport such as football, artistry can sometimes be regarded as an indulgence and even a little frivolous but Il Boemo doesn’t seem to care what others think. Scoring goals is not an indulgence for him. It is his lifeline, an utterly natural course for performing his art. It is very clear that Il Boemo sees what others are incapable of seeing.

"Playing for results is not the same as playing football—my teams play football. The way some so-called winning teams play today, it's all about the players. The managers just focus on not conceding and leave everything up to the players. Guys like Capello and Mourinho are hailed as geniuses because they win. Well, they win because they have the best players, not because of what they do. I could put my dead grandfather in charge of their teams and they would still win."

In my case right now nostalgia seems to be the enemy of reason as my first experience of Zeman's football was in 1997-1998 which was soaked with such breathtaking colors and scents that reason cannot cut through its fortifications but then again there is a special joy in conjuring up Zeman's past with Roma not just because it consisted of some delightful, mind-boggling football but also because of what he taught me and millions of Romanisti around the world. In simple words - Zeman added "Magic" back in La Magica.

All I have to say is that the awe he inspires belongs to no culture and carries absolutely no overtones and is at once both lovingly personal and transparently universal. You cannot help but fall in love with this man and what he stands for.

Even the man who matters the most approves :

They spoke negatively about him, so naturally I was a little bit scared. It was my first year with the squad, and I did not really know how to behave. Then, in a short period of time, I understood how great he really was. He gave me and everybody else, a lot of confidence and peace of mind which for a professional footballer, is the most important thing.

He gave us everything he had.The regret, is not to have won anything for him. That said, I have utmost respect for him as a man and a coach because he always acted correctly with everyone, regardless of their skills.

He applied the same principles to champions and normal players alike, gaining the respect of everyone. He was exceptional, in that sense.

Once I got to know him properly, I saw what a great man he really is. You can have a normal chat with him and you can share a laugh together. He makes you feel good, appreciated and important.

Sit back, relax, buckle up and enjoy this ride. What you are going to witness is something that's going to be with you for the rest of your lives. 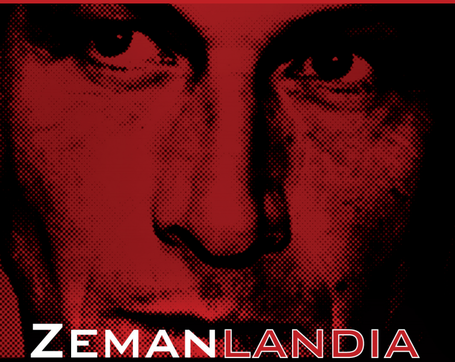