It's been a very, very long time since I can recall a signing so universally unwelcome as Gervinho's, though I will say I am beginning to turn the corner after learning his full name is Gervais Lombe Yao Kouassi. This means instead of yelling "@#$%ING GERVINHO" when angry at him - often, one would assume - I can yell, "YAO! YAO!" Maybe even "YAO CAKES!" See? I'm easy like that.  This Yao Cakes era might not be so bad. (Yes it will.)

But genuinely, this is not a popular transfer. At all. And while the worst coaches are armchair coaches, there's good reason for the pessimism: Yao's not good. He's a good dribbler, but he's not good. And don't throw 2010 Ligue 1 stats at me - look at the rest of the charts too. There is, however, the potential for him to be good. Kind of an Ivorian Alessio Cerci if you will. And as those words flowed through both my finger tips and mind for the very first time, excuse me for a second...

Wildly enticing skills on the ball, pace, terrible hair, and mush for brains.

"I made that decision [to sell Player X] because he looked to play with a lack of confidence, especially at the Emirates," explained Wenger in his exclusive interview on Arsenal Player.

"He is a very creative player, an instinctive dribbler and for that you need a lot of confidence to be completely efficient. I felt that in the last six months it was very difficult for him to express his talent in a confident way.

"Then you sit there and think, 'Do I bring him back or does he need a new challenge to get that confidence back?' and I did not want to stop him from getting a new chance."

Can you imagine a worse club, a worse city, for the player just described than Roma? 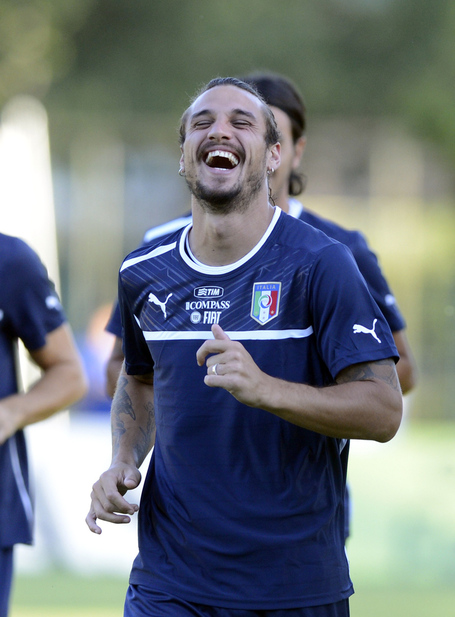 Pablo guffaws at the thought.