Life without Kevin Strootman: This injury will hurt in more ways than one

Who knows what kind of reality the soul occupies, and where it goes when the body ceases to function?

Share All sharing options for: Life without Kevin Strootman: This injury will hurt in more ways than one

On a plane to Amsterdam, apparently, for further consultation before an upcoming surgery. No, Kevin Strootman's body hasn't "ceased to function" but it won't be functioning in a way Roma needs it to anytime soon. And yes, I did just use Kevin as a cheap excuse to reference some song lyrics. Sorry, Kevin, but if you can take tearing an ACL then this should be a piece of stroopwafel.

So, Kevin "Superman" Strootman hasn't even been at the club for a full season yet and he's already become an extremely important player for Roma and a fan favourite. He came to Rome and had Aldair's number unretired just for him. His first goal in giallorossi colours was a well-struck penalty and his latest was a long-range scorcher past Pepe Reina a week before his 24th birthday. The kit number, status as a penalty taker and goals are only a glimpse of what makes Kevin a key player for Roma. Even if his most recent performances weren't up to par with the high bar he's set for himself all year long, his loss will be felt. It might even already be felt.

Strootman could be out for up to nine months, but the only bundle of joy that will come at the end of that will be Kevin stepping back on to the pitch after what we hope will be a full recovery. The easy and logical remedy is to have Radja Nainggolan play in his place. This is why we brought Radja to Rome in January anyway, wasn't it? Not that he needs any more motivation, but he's battling with Fellaini to get a starting spot on Belgium's national squad. What about now? De Rossi still has two weeks left on his ban. Pjanic's fitness levels are always iffy or soon to be iffy. With a match against Udinese coming up on Monday, we could see Rodrigo Taddei starting in a midfield trio or we could see a switch back to the 4231 formation with Francesco Totti's return. 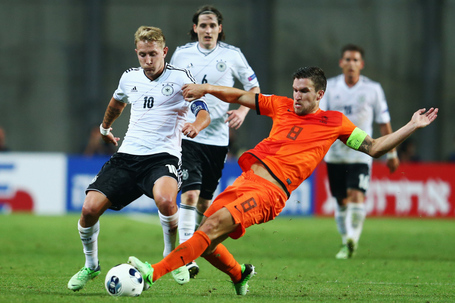 As a 22 year old, he was part of the Netherlands national team squad for Euro 2012. He didn't play a single minute and they crashed out of the group stage by losing all three matches but we aren't going to talk about that. He made his debut for the Dutch senior team as a 20 year old and now 24, he's piled up 25 caps already. There is little doubt that Strootman is poised for a lengthy international career. Now, he's one of the first names on the starting eleven, alongside Robin van Persie & Arjen Robben. Not bad company. He captained the U21 side that lost to Italy in the semifinals of the UEFA Euro U21 Championship and it won't be long until he's wearing the senior side's armband on a regular basis. He played the most minutes out of any other player during qualifying and is without a doubt the spine of the Oranje.

Obviously, this is a huge blow to Strootman on a personal and individual level. Finally becoming a key player in his national side, he's going to miss out on the World Cup. Next time he'll be 28, then 32. We hope for the best but there's no saying what kind of form or how his career will go in the future. But what does this injury mean for Roma?

One way to increase your club's brand (exposure) is to make deals with big time international companies like Disney, Volkswagen & Nike (not Philipp Plein). Another way is to put your club on the big stage for the world to see. Getting back into the Champions League is a great start, but how great would it be to take advantage of prestigious international competitions, too? Serie A is not currently as popular as some of the other big leagues in Europe. Popularity matters when it comes to brand power. People who don't watch Serie A (or Roma) regularly have only got to see Daniele De Rossi on the big stage. He's done well for gli azzurri. For years now, he's been the only point of "advertising" for Roma on the global stage through international football. Having one of the key players of the Netherlands in Brazil would have been huge. Stekelenburg didn't pan out and now Kevin is injured. Michael Bradley had this thing going for him, too, although the USMNT aren't on the same level as the 2010 World Cup runner-ups. The same will go for our other World Cup attendees (Gervinho, Pjanic, Torosidis and perhaps Maicon and Nainggolan). Missing out on having one of the best players on one of the best national teams in the biggest tournament in the world is a bitter blow. 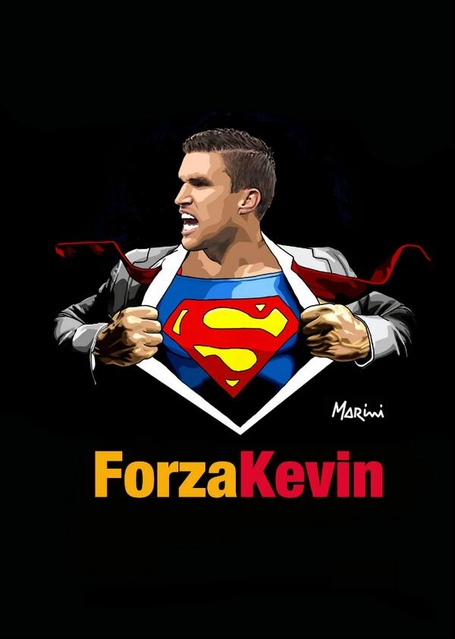