Spain and the Netherlands highlight the second day of World Cup play that also includes Mexico squaring off with Cameroon and an Australia v Chile nightcap.

Brazil and Croatia shared center stage in yesterday's World Cup opener and put on a damn-near Serie Aian display. There were take downs, own goals and "penalties" awarded to the home team, and if you squinted really hard and turned a blind eye to the yellow kits, you might have thought you were watching Juventus play with the Scudetto on the line.

Day two brings three more matches; one scintillating, one that should probably be kind of okay (I have a way with words, stick with me), and one potential laugher. Nevertheless, it's the first full slate of the 2014 World Cup, so let's take a quick jaunt through the fixtures. 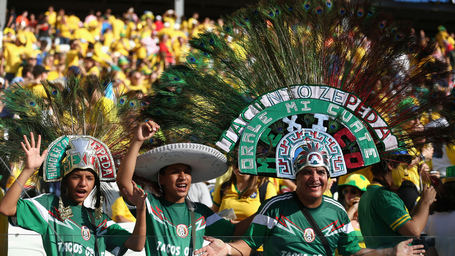 As you know, I love stats, and there is perhaps no site on God's green internet that delves into them quite like fivethirtyeight.com. They recently ran a preview in which they laid down some serious statistical odds on all 32 nations. Their simulations weren't particularly kind to either nation, as neither Mexico nor Cameroon has more than a 1% chance of running away with the Jules Rimet, though they do give Mexico a puncher's chance at escaping Group A.

The match does feature some familiar names, however, like Mexico's Giovani Dos Santos and the inimitable Samuel Eto' for Cameroon

Any Romans, past or present, on Duty?

Nope, not a single one. Moving along

Eto'o has been at least tangentially connected with a move to Roma in the past, ditto for Chicharito, but there isn't a ton of Serie A blood in this match. 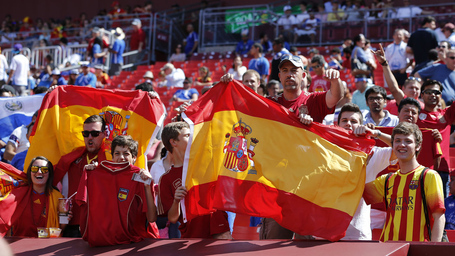 This is unquestionably the match of the day, and serves as a de facto rematch of the 2010 final, in which Spain dusted off the Netherlands 1-0 thanks to a goal from Andres Iniesta. As far as man-for-man matchups go, there might not be a better assemblage of 22-men in the group stages.

While no nation on earth has been able to match Spain over the past, oh, six years, Luis Van Gaal  looks set to trot out a five man midfield to choke the Spanish attack, which could actually turn this one into a bit of a dour affair.

Any Romans, past or present, on duty?

Nope. Obviously, were it not for his ACL tear, Kevin Strootman would be dead center in Holland's midfield, and perhaps somewhere in a parallel universe Marten Stekelenburg would be making his second straight World Cup, but this match is Giallorossi-less.

I think I may have heard from a guy who knows a guy that Sergio Ramos will be Mehdi Benatia's replacement, but I can't vouch for that, so, at least from the market standpoint, we're all neutral observers. 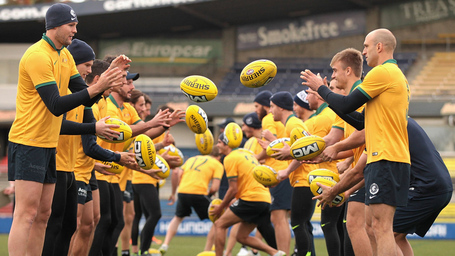 Outside of our Aussie readers (and writer) and those of you with Tim Cahill fetishes, this match isn't exactly enticing. The Socceroos have a tough road to hoe in Group B, but if they can manage to steal a victory against a solid Chile side, they might, emphasis on might, have a shot at survival, though the aforementioned Dutch and Spaniards will probably rule the roost in this group.

Any Romans, past or present, on duty?

Nope, David Pizarro did not make the cut for Chile this time around and Daniel De Silva's days as a Socceroo are probably several years away still.

While there won't be any transfer targets on the pitch, there are two Old Ladies at whom you can direct your ire, Arturo Vidal and Mauro Isla.

Where To Watch Today's Action

LiveSoccerTV has a plethora of viewing and streaming options, but for those you in The States, ESPN and ESPN2 have got you covered.

From the Roman perspective, the real intrigue won't start until Saturday, when Daniele De Rossi, Gervinho, and Vasilis Torosidis will each make their debuts.