Led by Daniele De Rossi, Roma's midfield is dynamic, fierce and absolutely loaded with talent. Can Roma's Engine Room lead them to the top?

It has been a tough old week in Roma land. After starting the silly season in bullish form our hands have been raised to our collective mouths in horror as we endure rumour after rumour of departures. Then when these start to actually materialise, (don't even say his damn name!) the feeling of dread slowly returns. The feeling that AS Roma, despite its history of Champions League runs and inspirational on-field play, has never quite been able to keep the marauding oil clubs at bay remains.

My friends, think not about defenders new nor old. Fret not for our forwards, Destros nor sinistros. Romanistasses, go top-up that espresso, hunch forward over your glowing screen and get those tummy butterflies a-fluttering for Stagione 14/15.

I give you - the good news - Roma's mezzo campo!

The power three of Daniele De Rossi, Miralem Pjanic and Kevin Strootman set Serie A alight last season and were critical in Roma's 10 wins in a row. The January addition of the mohawked Ninja was just as fundamental to guiding Roma into an automatic Champions League place and was an absolute godsend following the galling and most unjust knee injury to big Kev Strootman.

Make no mistake, when these men are at the top of their game, Roma is a team to be truly feared. But when things weren't quite running in top gear, or when injuries, suspensions or acts of God dictated personnel changes... well, things were a couple of yards off pace.

I knew it, you knew it, Rudi knew it, so did Saba and ‘Buy for 1 and sell for 3' James. This team needed more class in midfield, especially if it was to compete on the European stage. I could waffle on about this, (in fact I did back in the midfield review) since then, of course, signings have been made and sexy faces have been sold. Let's break it on down. 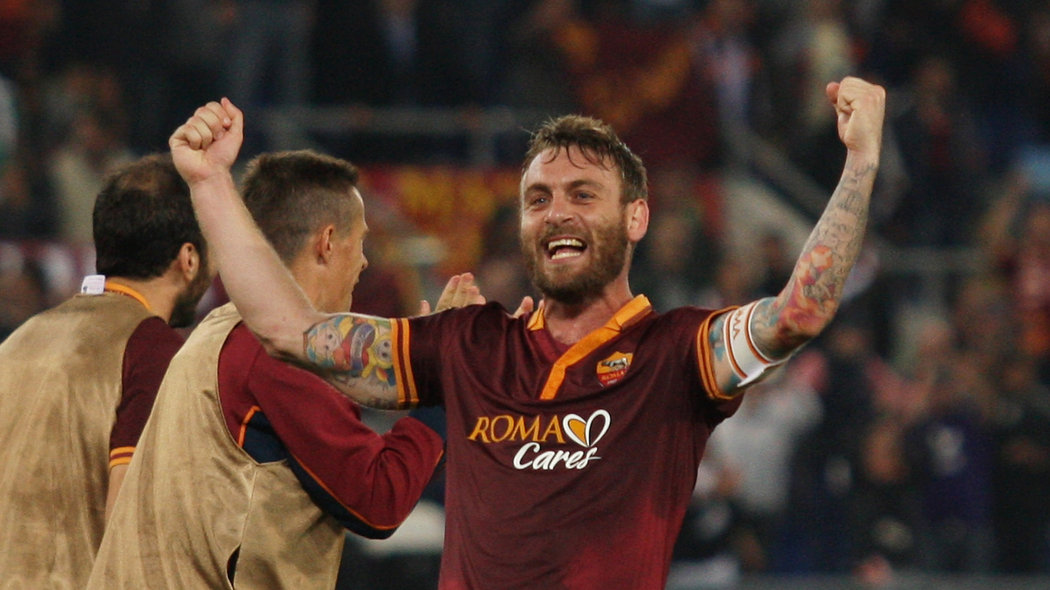 The man, the legend, Capitano Futuro retains his spot as the capital G, General of the giallarossi midfield. Not only does he remain the most genuine Gladiatorial Roman on the pitch, but the focal point for the defence. His ability to break up the opposition's attack before it gathers steam will be absolutely critical in the first few matches as our brand spanking new back two (your guess is as good as mine as to who will start) attempt to find their feet.

A few set piece goals and a big presence during corners would also not go astray. You know this man, you know a firing De Rossi (LE era not included) means a firing Roma.

Criticality to Roma Metaphor: The spine, the ribcage, the beating heart. 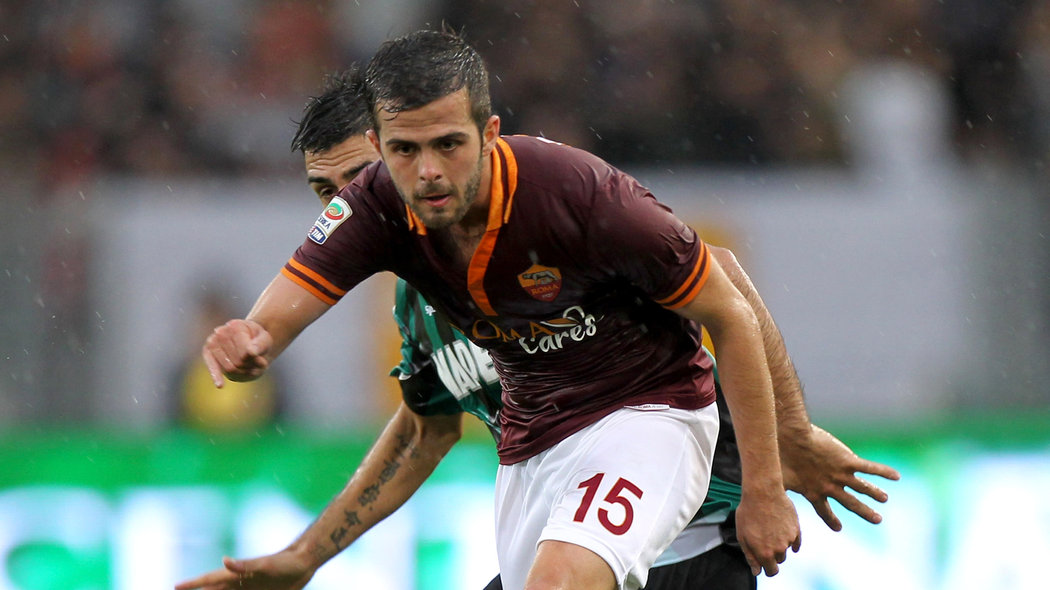 The brains, the artistry, the flair to DDR's steel. Our little Bosnian continues to grow into his role as Roma's creative heartbeat. His re-signing was critical to ensuring Roma's midfield retains the cutting edge to splice through opposition defences. With the ball at his feet he is without question one of the Peninsula's most potent creative threats, able to draw defenders out of position and nutmeg at will. Add to this his premier ability to strike a dead ball and you can begin to appreciate the importance of Mira in linking our flying wingers with the rest of the team.

The World Cup added fuel to the expectations of this youngster, who is certainly destined for great things. This year will be a big one, as I have a nagging feeling we will be fending off silly season suitors for some years to come. Let's enjoy him while we can.

Criticality to Roma Metaphor:  MP plays football like an artisan chipping a block of marble into a sculpture. 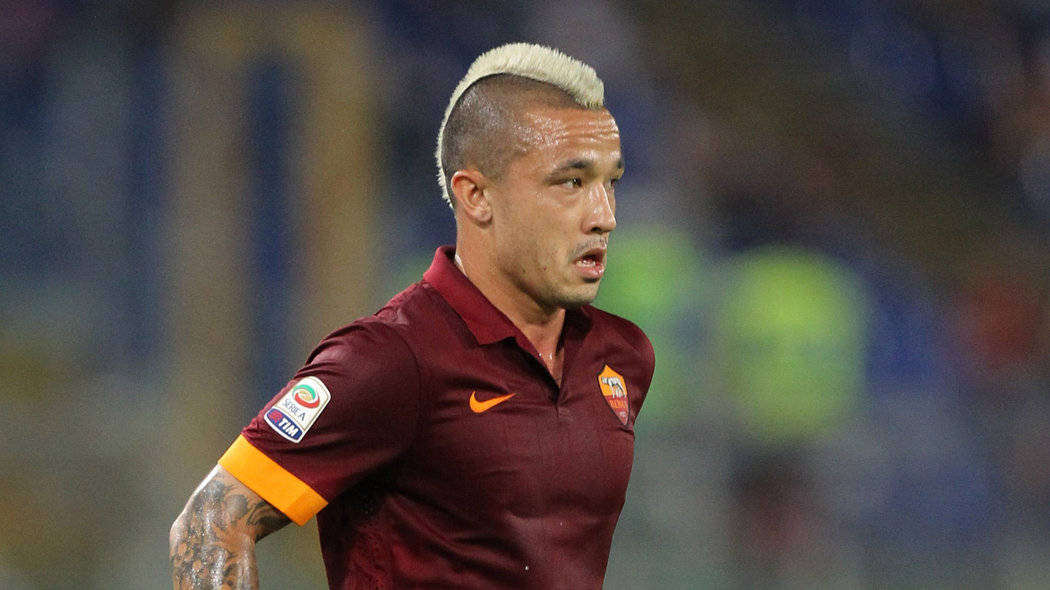 Haircuts. For many of us they are a necessary chore, for others an opportunity of expressionism in its purist form. Radja digs his haircuts, whether this is because he isn't too keen on his natural hair colour or is attempting to contact a third life form through scalp signals, one can only speculate.

On the field, the Belgian motors around like a tattooed gangster in a Guy Ritchie movie who is trying to win his boss' approval. Chasing down opponents, splintering attacks, all while passing intricate triangles and throwing in the odd long shot or two. He is a very reliable and solid midfielder.

Radja was simply dudded in missing out on a trip to the World Cup and hopefully for Roma this will have him raring to go. The anticipated return of Kevin Strootman will also provide the Ninja with ample motivation to remain at the top of his game for a team he has transitioned into with equal doses of grit and class. 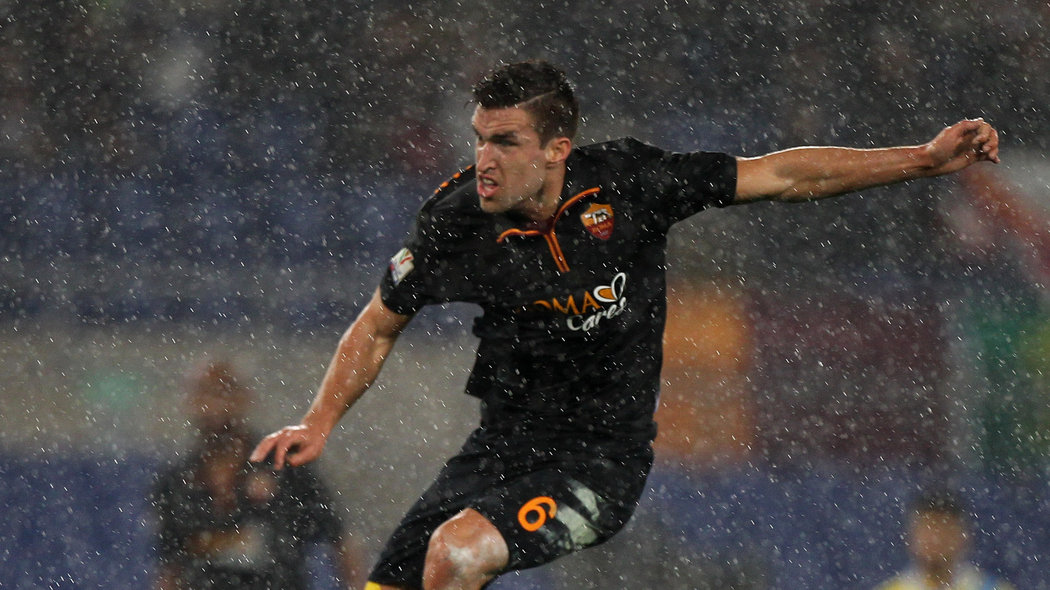 The epitome of modern professional, Kev continues to work through his rehab with both the grace and determination of a class man who still burns to get back out there. At the beginning of the marcato, Strootman was easily my most worrisome candidate for poaching. Hopefully the nonsensical splurge on Angel Di Maria will keep Manchester United off our backs for his signature for the rest of the year.

The Dutch international, though hobbled with injury, remains one of the best proponents in world football of the box-to-box midfielder and, when played in a triplet with Miralem and DDR, makes Roma a force to be reckoned with.

A speedy recovery, good sir! We wait with baited breath.

Criticality to Roma Metaphor:  The bottle of red wine you just know is going to pants everyone else's once you patiently allow it to age just the right amount. 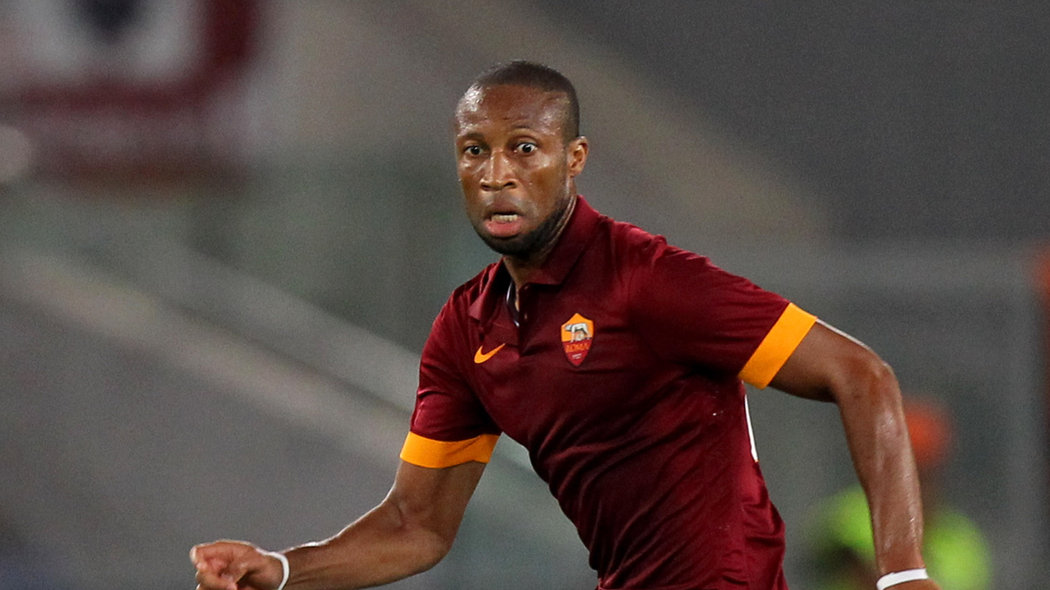 Did the doctor order a holding midfielder? As far as Vice-DDRs go, this signing has been class. For those of you new to the CDT party or indeed new to world football, this man was a key node of the dominant Barcelona side that swept all before them earlier this decade.

Filling the gigantic absence of De Rossi has arguably been Roma's midfield Achilles heel for the last season or two (dare I even mention the names of those who have attempted to fill the role). The 34-year-old Mali international should be able to address this, which will also take a degree of pressure off both DDR and Nainggolan, should injuries or suspensions bite us in the arse for a key game.

In preseason Keita has been solid and instantly became a fan and team favourite when he cracked the shits with Pepe before the exhibition game against Real Madrid in Dallas. Welcome to Team Romanistasses, Keita!

Criticality to Roma Metaphor:  The umbrella. Couldn't give a toss until the dark clouds come rolling in, then he becomes my most important item. 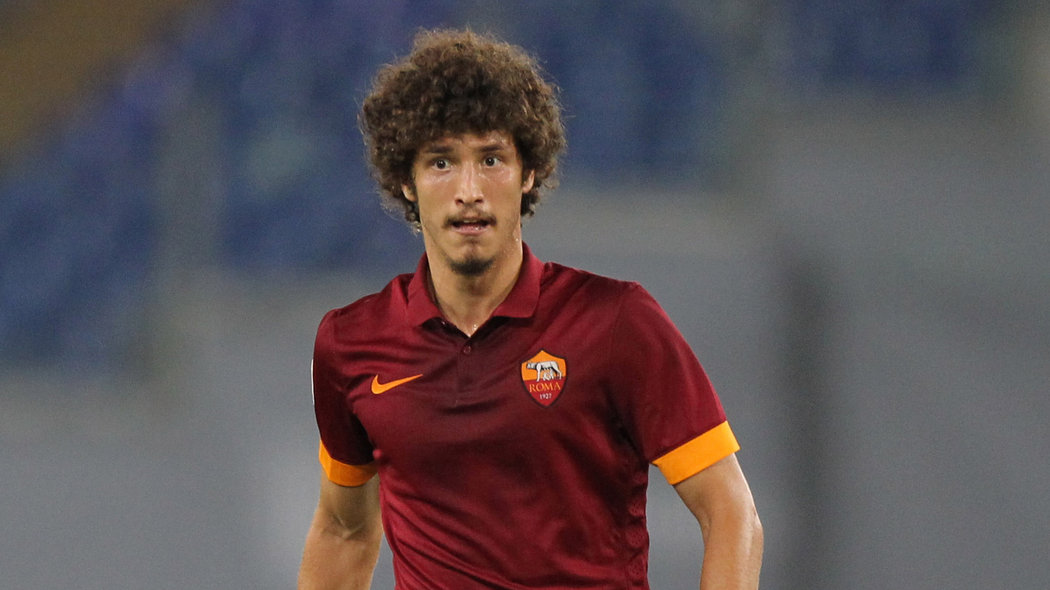 This year's Sabatini special, oh boy the ceiling is up there on this one. Uçan has all the makings of an absolute world class midfielder and will be knocking on the door most the year for some first team action. His poise and touch during the preseason has been exceptional and his curly, vibrant head of hair has also continued to grow on both teammates and sceptic scribes alike.

I'm the first to admit my woeful ignorance when it comes to Turkish football, but the hype that surrounds this young gentleman certainly appears justified. It's likely we will see Salih injected late into matches when an extra creative outlet is required. Make no mistake, this boy is one for the future and best be hidden from the book balancing accountants for the next year or three.

Criticality to Roma Metaphor:  The booty call. It is late (78th minute) and I've had a rough week, come by and cheer me up with a sleek through-ball.

Another young gun who has turned heads in under-age tournaments, Leandro also falls into the ‘future' category. He certainly hasn't ruled himself out of first team action with his preseason form, however, will find it tough to push in front of his new teammates to get a run.

Criticality to Roma Metaphor:  The kid waiting in line for the rollercoaster. We can see the "You must be THIS tall to ride" sign but aren't quite sure if he will be big enough yet. 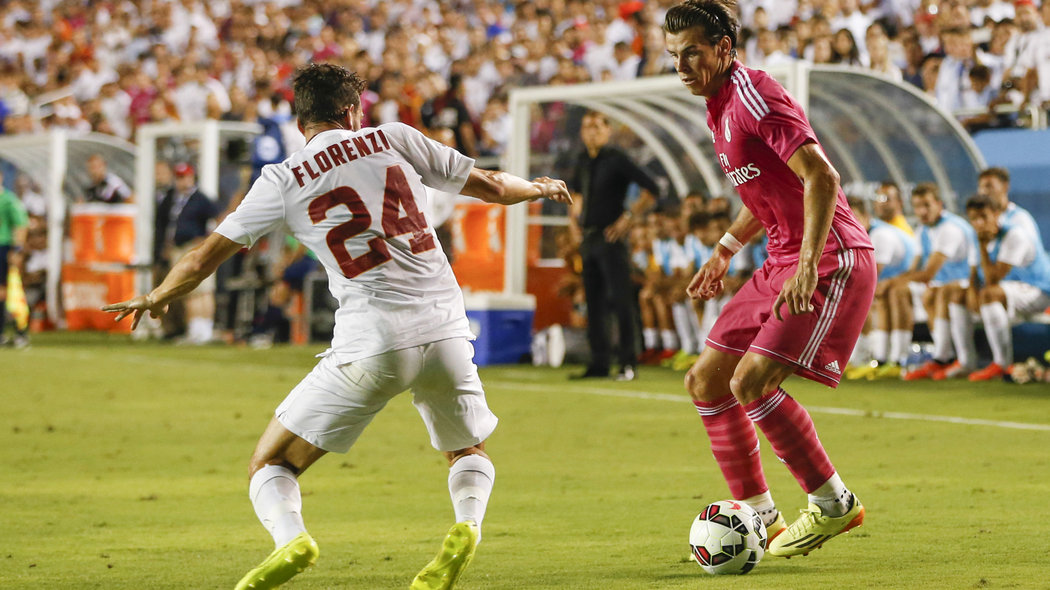 I left Ale last not because of talent, ability or appearance, but rather because I wasn't sure where to include him at all. Rudi didn't really play him in the midfield three last year, instead thrusting him higher on the wing where he was able to take advantage for his eye for goal and powerful shot. The acquisition of Iturbe may just result in Florenzi shuffling back a spot on the team sheet into the midfield utility role.

What I am, of course, failing to take into consideration is Rudi's employment of Florenzi during the preseason in the right fullback spot. That is because it is freaking stupid, a complete waste of Flo's talents and opens up a glaring defensive vulnerability on our right flank. That cannon of a shot needs to be utilised, so, too, his footballing brain when it comes to runs into the box. This can be achieved in midfield but not right back.

2014/15 will be a key season for Florenzi, as the additional competition for his spot is not likely to dissipate anytime soon. It is never easy bearing the burden of the fans as the chosen son, but this kid has the temperament, class and ability to win matches to keep us pushing our expectations northward.

Criticality to Roma Metaphor:  The eldest son of the family who has been selected to carry on the family name and traditions in the finest of fashions.

Moving Forward WIth The Midfield

So, after wading through all of that, has anything really stood out as relevant to this year?

Well, not really. I mean, if our starting three are fit, Roma's midfield will continue to dominate most sides in Italy. The biggest change has been the new additions of Keita and Uçan, which provide that oh so important depth which should allow us to shift gears up and down when required. The midfield remains the good news story of Roma, and touch wood it stays intact with no Dutchmen being lured to pastures greener.

The power and skill of Strootman, De Rossi and Nainggolan is a luxury when complimented with the grace of Pjanic. This is indeed a winning formula and one which shall be tested against domestic expectations and continental challenges.