Are Roma Searching for the Wrong Strikers?

With Roma linked to several high-profile strikers, we explore the logistics of bringing in one of these "bombers", focusing on their ability to co-exist with Francesco Totti in the 4-3-3.

Share All sharing options for: Are Roma Searching for the Wrong Strikers?

There has been an overwhelming call for Roma to bring in a proven striker who can bring Roma's ineffectual attack back to respectability. Sabatini is only too eager to oblige these demands, so Roma is being heavily linked with names such as Edin Dzeko and Carlos Bacca. It seems only a matter of time before one of these guys or perhaps our old pal Luiz Adriano is brought in.

But I am here to tell Saba to pump the breaks on this endeavor. Not only do we need two fullbacks and perhaps even a center back more than we need another striker, but we've already got our main center-forward. No, I'm not talking about Mattia Destro and I'm certainly not talking about Doumbia. I speak of our captain and talisman, Francesco Totti. Remember him?

I don't ask you all out of disrespect. Totti gets 100x more praise on this blog than any other player on our squad. Us Roma fans, even those of us not from Italy, would trample over Lionel Messi to shake hands with Francesco. But no one seems to be asking what happens to Totti when Eden Dzeko brings his 6'4', 180 lb self to Rome.

I'm not sure why that is; it seems like a pretty logical question to me. Certainly few of us think Totti should be relegated to the bench in our most important matches? But, what is the alternative? If you start Totti and a real prima punta together, you have two options. You can put Totti on the left wing of Rudi's 4-3-3 or you can change shape to accommodate a striker and a trequartista. Rudi isn't going to change shape, so stop asking....

Why Not Use Totti as a Winger?

I'll tell you why. The last time we saw Totti playing consistently as winger was when our coach was another 4-3-3 acolyte, Zdenek Zeman. But Zach, wasn't Totti phenomenal in 2012/13? Didn't he and Osvaldo create a goalscoring nirvana?

They sure did; but we still ended up midtable after Zeman's departure. The problem obviously being our defense. That's where playing Totti on the wing doesn't work. Wingers have to track their fullback in a 4-3-3. But Totti drifts all over the pitch, even when he is the nominal left winger and makes minimal effort to run back. This totally exposes that left flank. It's a big part of the reason Balza was terrible in 2012/13 and why we conceded so much that year.

Roma have since become quite a formidable defensive team. Even without quality names in our backline we are very stingy in allowing goals. We give Garcia a lot of crap (lots of it deserved) but he has given this team a very solid defensive identity. That's a part of his 4-3-3, where the wingers get there asses back on D, sometimes even deeper than our central midfielders. 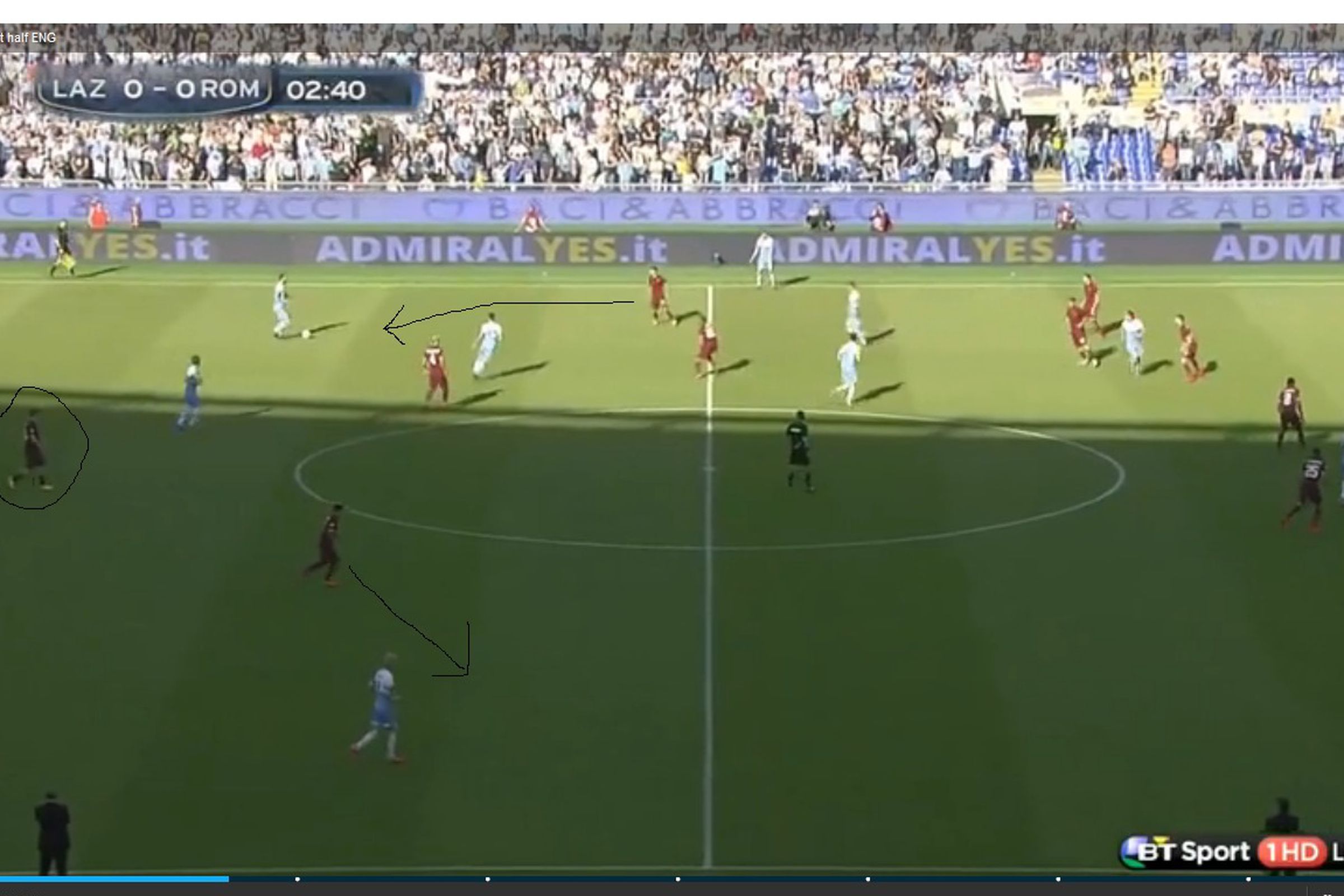 This is how the wingers behave in Rudi's 4-3-3, note the two wingers marking their fullbacks.

Totti can't be a winger in a Rudi team. And he hasn't been in a long time. He was allowed to play winger under Zeman because the Czech had little concern for defense. Totti was allowed to let Balzaretti get crucified. Balz died for Totti's defensive sins that year and that can't be allowed to happen to our next left back. 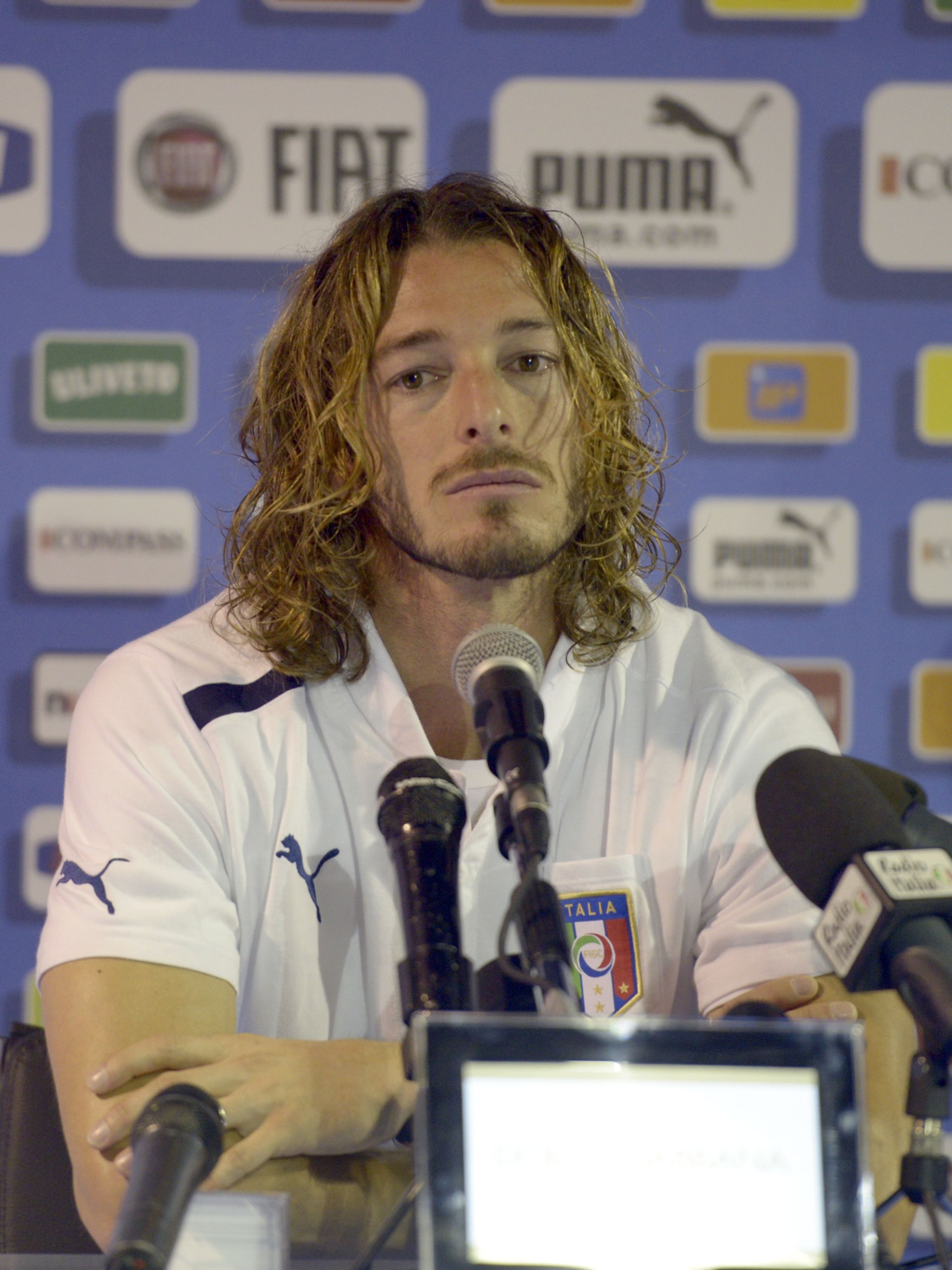 So, what should we do then?

Saba needs to address our squad's actual needs rather than trying to appease the fan-base with a sexy striker purchase. Totti needs to continue in his center-forward role. Destro or Doumbia can fill in just fine as a back-up when it's needed. Spending so much on a player who will end up benching, or being benched by our captain is silliness. 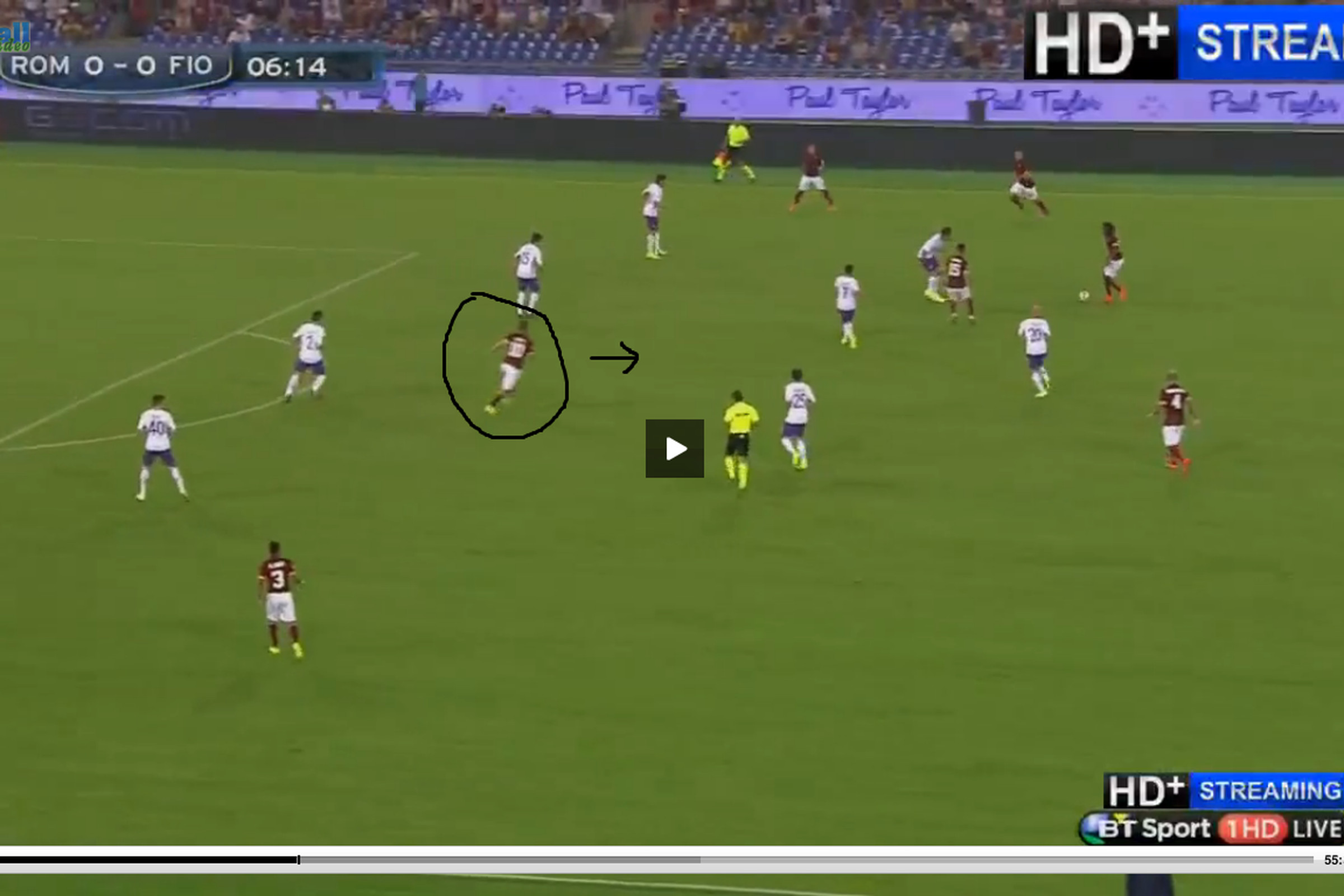 This is how Totti likes to receive the ball in Rudi's 4-3-3. Where does a Dzeko or Bacca fit in here?

If Sabatini has made up his mind to spend 20+ mil on a new forward then get one who can actually play alongside Totti in Rudi's 4-3-3. This means not only a striker who is comfortable receiving the ball out wide, but who has discipline and the experience of marking a fullback.

That's why I never shut up about Lacazette. He is a deadly goalscorer who plays out wide in a 4-3-3 on a regular basis. Now maybe he is out of our price range, but there are others like him who would make much more sense than pure prima puntas like Dzeko and Bacca. Immobile is a decent fit because he certainly has the speed to operate out wide, but his lack of experience in such a role is concerning. Pierre Emerick Aubameyang fits this job description like a glove, and he had a great year for Dortmund.

Roma's squad had major holes this season. But, center-forward was not one of them. That spot is and should be occupied by our most dangerous offensive weapon, Totti. Let's allocate our resources to areas of the squad that aren't already graced by Francesco.