Hey, Roma is a land of extremes, right?

I’m never sure how much credit to give to the Serie A schedule makers, but in this instance, they got this one just right. Derby della Mole notwithstanding, Roma and Milan is the match of round 16, so kudos to them for giving it the rare Monday night slot, though Fiorentina and Sassuolo kick off two hours before them on Monday, so who the hell knows what they were thinking when they drew this up.

Nevertheless, Roma and Milan are the marquee match of this week for several reasons. While there are always historical implications when these sides meet, with the clubs even on 32 points, four back of The Old Lady (be sure to root for Torino tomorrow btw), this match has an enormous amount of contemporary consideration. And if that weren’t enough, there’s been a fair bit of cross pollination going on between these two clubs in recent years.

While Stephan El Shaarawy has been a man reborn in Rome, Milan features a few prominent sons of the City of Seven Hills. We all remember the kick to the groin sensation brought on by the sale of Alessio Romagnoli last summer—and spare me the ‘oh he’s a Lazio fan, who cares’ spiel, the kid is legit—but Milan also employ the Roman born and bred Andrea Bertolacci (an easily digestible loss) and are, of course, headed by none other than Vincenzo Montella, a Roma Hall of Famer (I think, he certainly will be. That thing won’t have real credence until Totti and De Rossi are inducted many years from now). 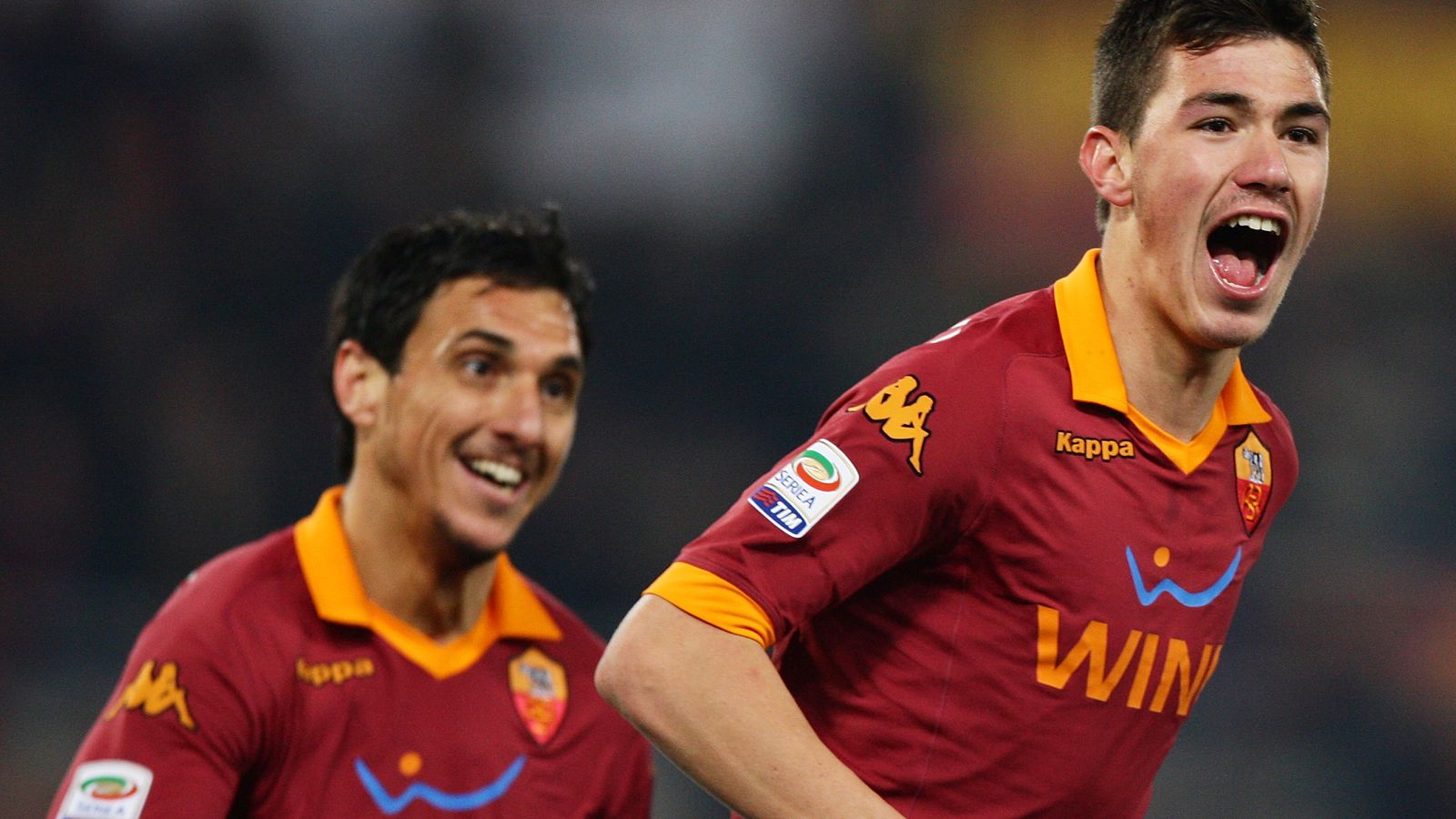 Sale of a Symbol

Point being, an already bitter rivalry has been imbued with familiarity and a sense of urgency, given the state of the table at the moment. BUT this is Roma we’re talking about, so naturally not everything is hunky dory.

Bruno Peres has had a bit of an odd year; you know he’s playing well, but there’s also this nagging voice in your ear saying yeah, but not that well. Not like in Torino. Despite the lack of an apparent contribution (read: goals and assists), Peres is undoubtedly one of the clubs most important players, doubly so with Mohamed Salah sidelined, so the news that he’s dealing with a lingering thigh issue ahead of Monday’s match—one that will require a last minute fitness exam—is certainly unwelcome news.

Speaking of welcome, when Roma welcomes Milan to the Olimpico on Monday, it will mark only the second time El Shaarawy has faced his former club, the one with whom he rose to stardom several years ago, a point which SES recently addressed:

It’s a club that gave me so much and launched me on the international scene. I am very fond of Milan, as they were four important years both as a player and a man. It’ll be a very special game for me, just as it was last season.

I have certainly been reborn at Roma. After a few months that didn’t go very well at Monaco, I found my confidence again and immediately the Coach showed his faith in me. Luciano Spalletti focuses on every detail and is very tactically-savvy. He works with individuals and we all think we can learn a lot from him

SES has taken a bit of a back seat this year, despite a brief interval where he benched Diego Perotti, so he’s in dire need of match minutes—important match minutes—and what better place to start than against his former club?

The next three games will tell us what Roma are made of and how we can grow this season. Milan have a lot of enthusiasm at the moment, but we’ll try to play them on level terms. We must prove ourselves on the pitch and not with words, but a lot will depend on individual incidents in the game.”

These two sides are locked together in second place, four points off Serie A leaders Juventus.

It’s too early to say who will fight for the Scudetto, so let’s focus first on Roma and getting as many points as possible, then we’ll see how things develop.

I want you to take a second here. Have a sip of that coffee, let the dog out, get a bagel, do you what you gotta do because you’re going to need a moment here. An AS Roma player, an actual AS Roma player, actually said that Roma should actually focus on Roma rather than making baseless and premature claims to the Scudetto.

For reals. It just happened. So even if you think his torrid run through the spring of 2016 was a flash in the pan, give the kid credit for being the only realist amongst a seas of dreamers.

Now, if Torino can do the unthinkable and defeat Juventus tomorrow and Roma takes care of business on Monday, feel free to let your mind wander, but in the meantime, let us heed the sage words of our infallible Pharaoh.