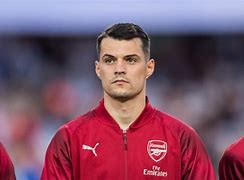 After starring in Euro 2020, Arsenal star Granit Xhaka looks primed for a move to Roma. The Swiss superhero is valued at 22 million euros, according to Transfermarkt, but per The Mirror, Xhaka could play in the Stadio Olimpico for 17 million euros. But could the former Arsenal captain play in carmine red? If he even does leave, how could Xhaka help new gaffer Jose Mourinho through his inaugural season? Below, I’ll provide a detailed analysis of the transfer saga, and how Xhaka can lead Roma into its Italian conquest. 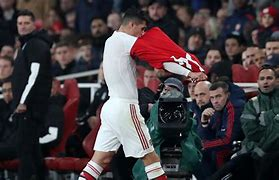 Controversy With The Gunners

To properly discuss why Arsenal fans are popping open the champagne when one of their best midfielders is departing, we need to rewind to that infamous game against Crystal Palace.

After Xhaka was substituted off on October 27, 2019, some Arsenal fans began to cheer when they heard his name being beckoned to the benches(despite his one assist in the game). Xhaka angrily told supporters to "**** off" and took off his jersey. Needless to say, it wasn’t a good day for him. The Basel-born midfielder was stripped of his captaincy and lost support from the fans.

After new manager Mikel Arteta came in, Xhaka was given another chance. He became one of Europe’s top midfielders and won back support. That was true until another meltdown that had Xhaka choking Burnsley defender Ashley Westwood earned Xhaka a red card.

In 2021, Xhaka has been superb for the English side. He’s proven himself to be a wizard when it comes to free-kicks and can give out S-tier passes. Despite that, he still hasn’t redeemed himself for the Gunners, who see Xhaka as overpriced. 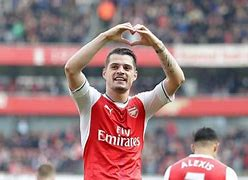 How Negotiations Are Going

Ever since the English side bought Albert Sambi Lokonga, Xhaka has been linked with AS Roma. Gradually, from the initial offer of 15 million euros, a new offer has been made for the Arsenal ace.

17 million euros are the price that Arsenal has reportedly accepted, and Xhaka seems to be headed to Rome smoothly. Xhaka seems very eager to join the team bathed in camise red, even reportedly cutting his vacation short. There doesn’t seem to be any bad blood between Xhaka and Arsenal(if you turn a blind eye to Arsenal fans’ moaning about his "overratedness"). This could be a nice, good acquisition to bolster Jose Mourinho’s already top-tier squad. How Xhaka Will Fit Into Mourinho’s Squad

Xhaka will be a nice acquisition to bolster an okay midfield. Xhaka will be able to set the tempo for Mourinho’s squad with his elite passing. He could feed Lorenzo Pellegrini, a true goal-scoring threat, while also providing consistent goals on free-kicks. Even if he can’t WOW Mourinho, he can still provide some much-needed depth in the midfield. He’s also extremely versatile: he can play as a wingback and provide competition for Rick Karsdorp. He could also replace the injured Leo Spinazzola as a super sub.

This transfer will be good for both sides. Xhaka will become a player who can provide depth, or become a genuine superstar for Roma, while Arsenal clear a little bit of their cap. If Xhaka can keep his cool in between games, I’m with Mourinho and paying that 17 million. I genuinely believe that Xhaka will not be a flop.