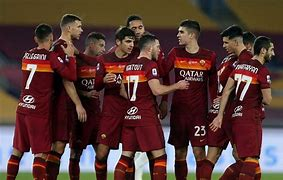 Roma finished seventh in Serie A, tied with Sassuolo for the last remaining spot for European qualification They were lucky that the spot was even there. Juventus won the Coppa Italia but qualified for the Champions League. The Coppa Italia winner automatically qualifies for the Europa League: but Juventus qualified for the Champions League. Subsequently, due to Juventus being too good, Lazio(sixth; would have gotten the ECL spot) was awarded the extra EL spot, and Roma/Sassuolo would receive the ECL spot. 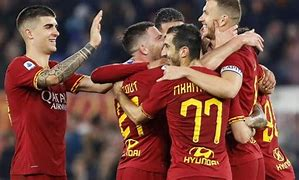 Matchday 38. All eyes were on Henrikh Mkhitaryan and the Roma crew to produce a point against Spezia. Sassuolo would need a win, plus either a Roma loss or to win by two more goals than Roma. Sassuolo was only able to produce a 2-0 win against Lazio, while Roma produced a 2-2 draw against Spezia to qualify for the inaugural ECL tournament.

Now, after Roma’s three straight preseason win, Roma’s eyes will not only be on their incoming matches with Betis and Porto but also the rest of the Europa Conference League’s matches.

Roma will want the easiest matches possible in the playoff round. But, with the way competition is faring, will that be possible? Here are the top five threats to Roma’s third-tier European conquest, and also I’ll include how I’ll think they’ll do. 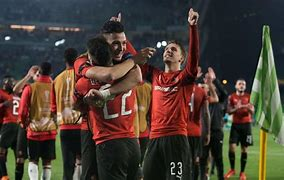 Les Rennais currently sit in the unseeded portion of the draw, with a UEFA coefficient of 19.000. Certain teams are seeded by how good their performances are in continental competitions. Rennes, led by French sensation Eduardo Camavinga and steady goal-collector Jeremy Doku, have the biggest coefficient in the unseeded group. The unseeded group is the filled with the weaker teams: they will play the seeded group(who are stronger than the unseeded group). If all the important results don’t result in upsets, Rennes could potentially face Roma, which would be an extremely tough matchup for both sides.

It’s possible that Eduardo Camavinga and Jeremy Doku could both leave Rennes amidst transfer interest and Ligue Un’s vulnerable financial state. Benjamin Bourigeaud is one of Rennes’ best players, and isn’t being sought out by big clubs. Bourigeaud will be able to anchor the midfield. 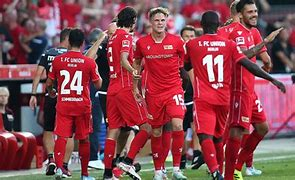 Union Berlin are one of the biggest soccer success stories. In 2019, they became the first team out of East Berlin to secure promotion to the Bundesliga. They quickly secured sixth in the Bundesliga after the second year in Germany’s first division. Their coefficient of 14.714 means they probably won’t be able to escape the unseeded group, setting them up for a date with a good European soccer team:which could mean Roma could see the Eiserne up, close, and personal.

Friedrich has been an integral part of the franchise ever since the club had been wallowing in the 2.Liga. He’s a defensive presence, and blocks shots consistently. Friedrich can be a pain to play against, and will be an issue for Roma attackers to play against if they meet. 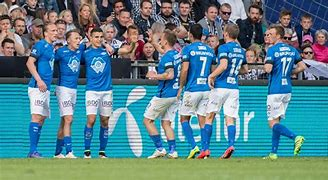 Molde FK, Norwegian heavyweights, have shown their potential in the Europa League, where they were able to advance to the Round of 16. While they may not have been able to reach that platform again, they can still play well here. They have a 17.000 club coefficient. They recently beat Swiss club Servette 3-0, and look the favorites to progress in this match. Expect Molde to, at least, advance to the playoff round, if not the group stages.

Fredrik Aursnes is one of the best players to feature in this season of the Eliteserien. He’s like Union Berlin’s Marvin Friedrich in a way. Aursnes has featured once for the Norwegian team: it’s inexplicable why he hasn’t been chosen more. 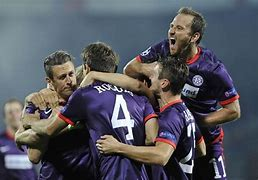 In the Austrian Football Bundesliga, where RB Salzburg reside, Austria Wien showcased their toughness by just stealing an ECL spot in the Europa Conference League playoff to secure a second qualifying round spot. They have a UEFA club coefficient of 10.000. Austria Wien, based in Vienna, will surely advance to the playoff round, where they could give Roma a good fight, if they fight at all.

Eric Martel, on loan from Leipzig, is one of the brightest young talents in Austria Wien’s young core. The defensive midfielder is just getting started: Martel will show every scout in Europe what he’s made of if he’s given the chance. 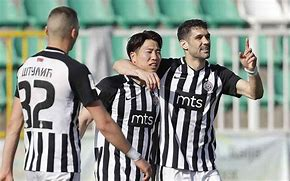 Partizan’s 18.000 UEFA club coefficient should tell viewers that they’re one of the best Eastern European clubs right now. The Serbian-based club recently triumphed over FC DAC 1904 1-0: they’re in good form. Roma might be challenged by this underrated club: they’re certainly a formidable opponent.

At only 18 years old, the talismanic right winger is emerging as a real provider for Partizan. Jovic has won two caps: but you should expect that number too escalate real soon. I can definitely see Jovic playing for Roma one day. 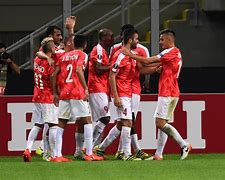 Israeli club Hapoel Be’er Sheva has seen European success before: most recently, they finished third in their Europa League group. Perenially a European competitor, the club could potentially be linked up with Roma in the playoff stage.

The former Dutch international previously featured for clubs like Ajax U21 and Club Brugge. The Israeli club will need Acolatse’s expertise in tough matches that will soon follow: including one with Roma.

My Prediction On Roma’s Outcome 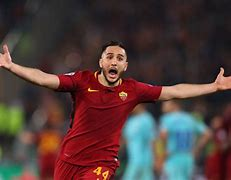 Roma have the biggest UEFA coefficient out of all the teams so far. They’ll face competition from Tottenham, Rennes, and Union Berlin, and potentially clubs like Anderlecht, PAOK, and LASK. They’ll also see competition from eight clubs coming down from the UEL. However, Roma is one of the most prestigious clubs in the history of soccer. Roma should at the very least, advance to the semis. Jose Mourinho’s goal should be to win their first European title since 1960.